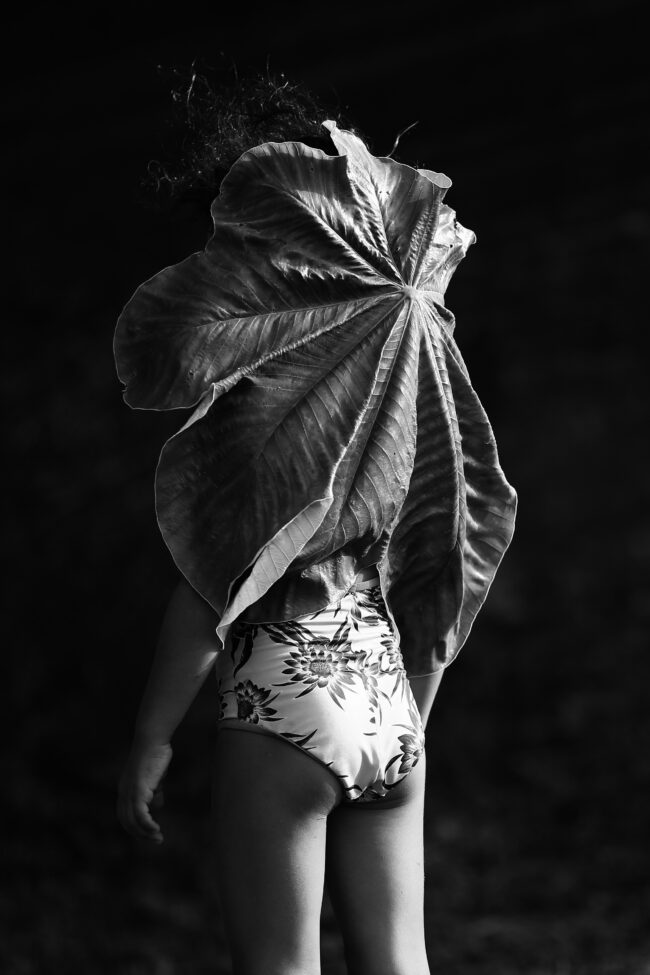 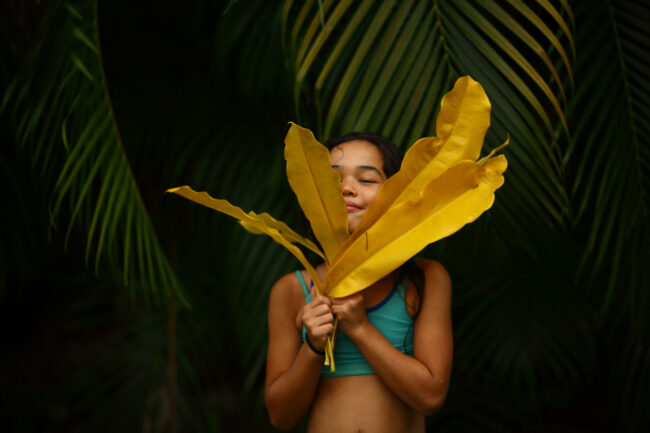 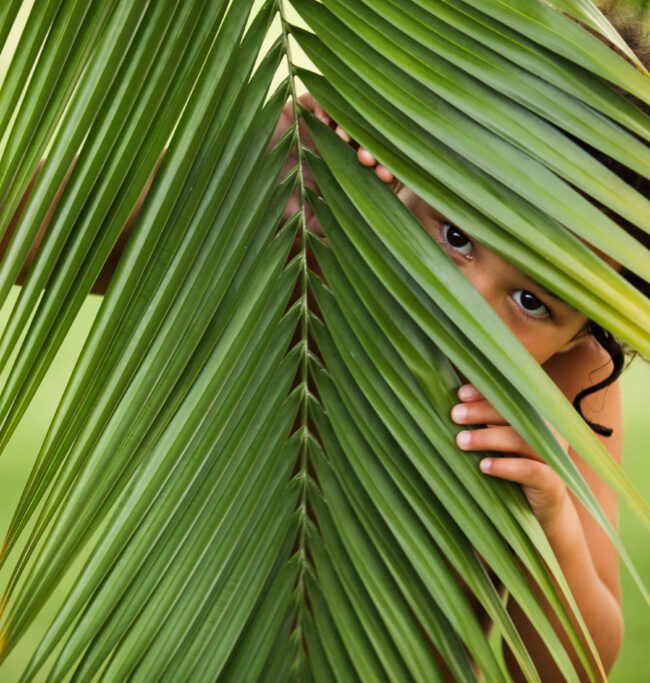 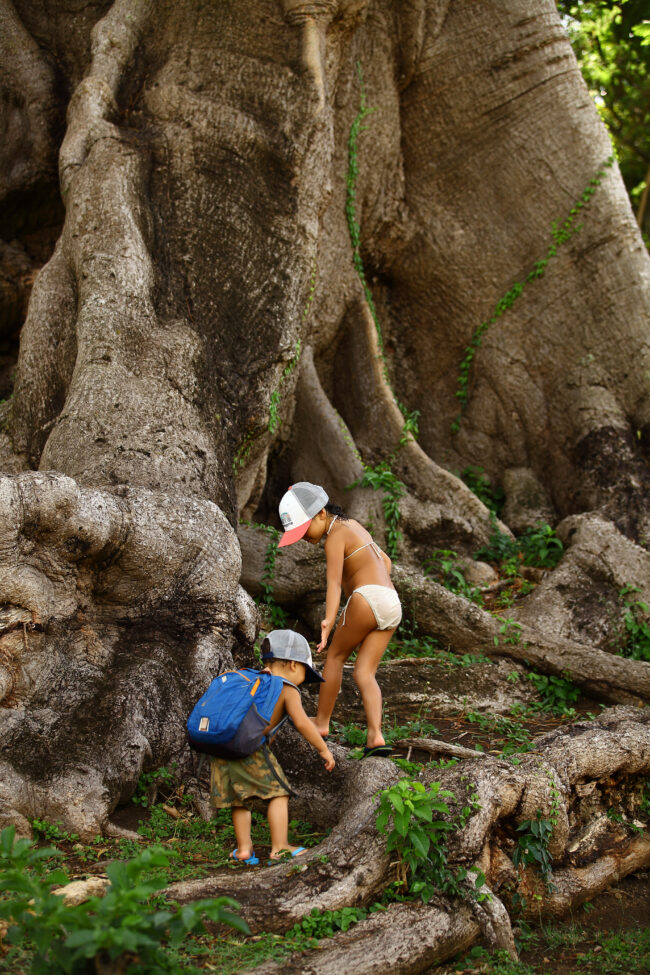 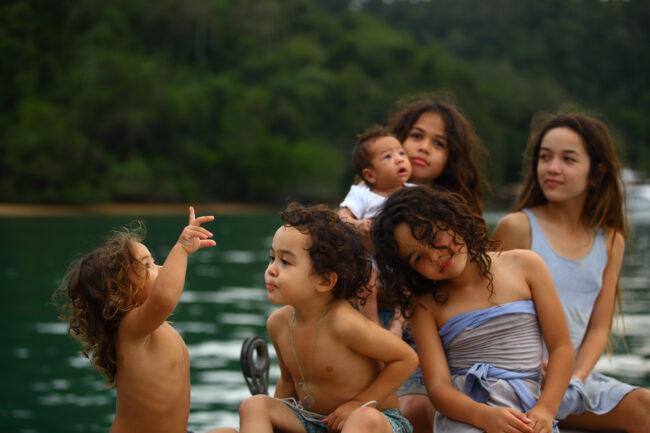 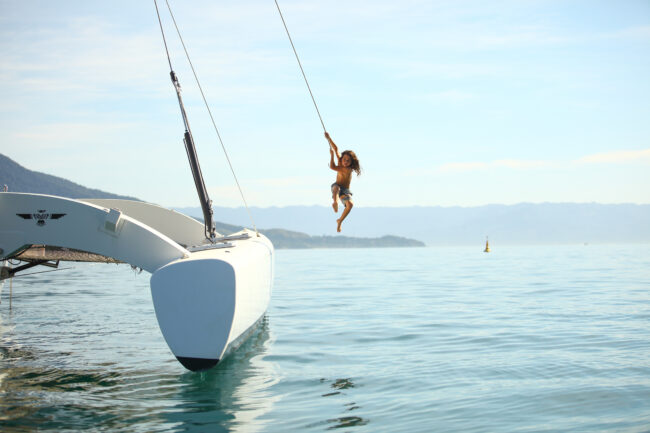 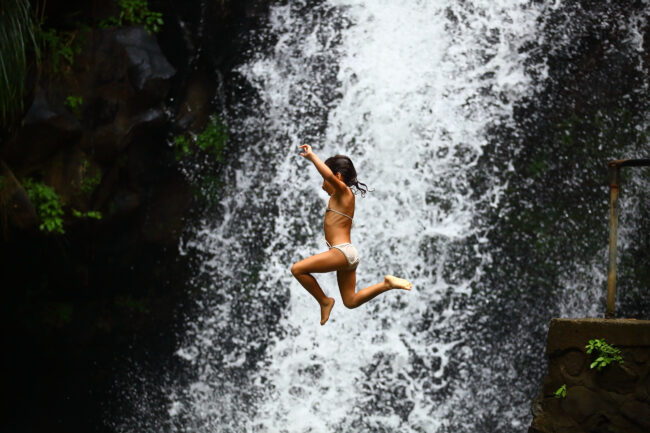 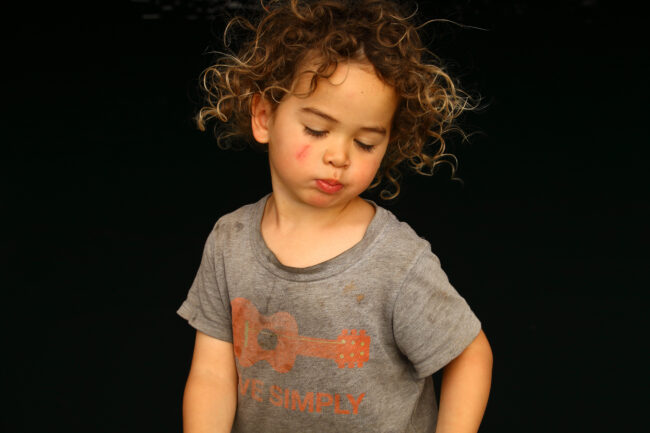 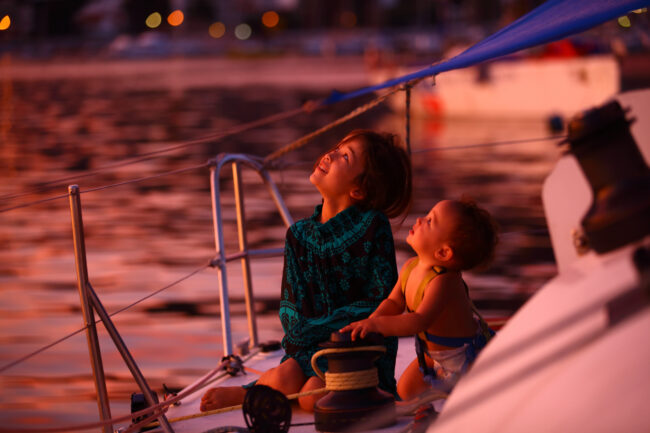 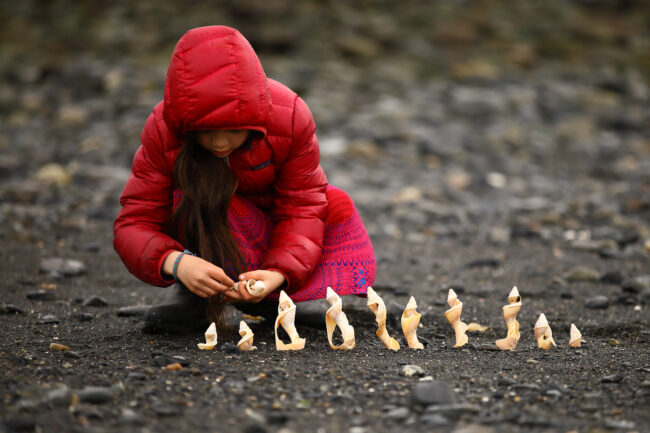 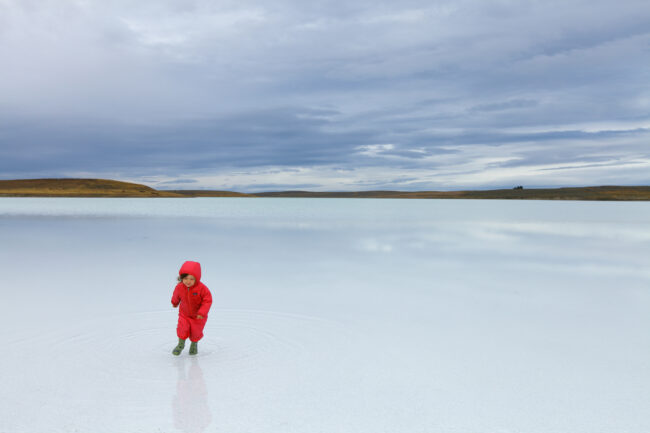 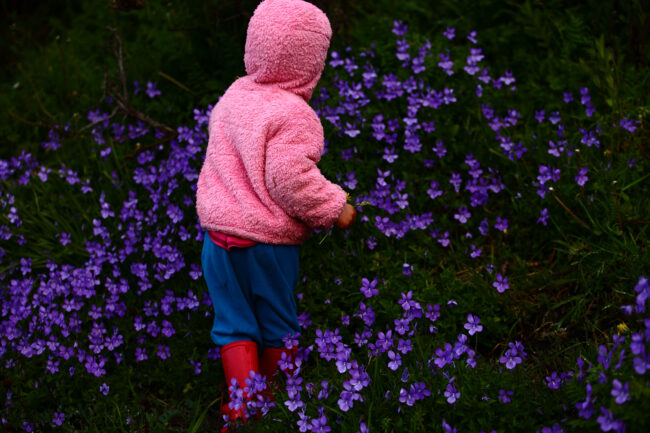 Heidi: How did your photo career start?
The start of my photo career was driven by a personal desire to understand my history as a Cambodian refugee. I was born in a Khmer Rouge work camp in Kampong Thom Province during Pol Pot’s occupation of Cambodia. My parents and I survived mass genocide, fled the country, and were relocated to the USA through UNHCR’s refugee resettlement program. We were moved from refugee holding camps in Thailand, the Philippines, and San Francisco before being placed a final time on the East coast. I was three years old when we landed in Portland, Maine. Twenty-six years later, I decided to return to Cambodia for the first time and searched for work as a photographer.

Before then, photography was pure art for me. I shot Polaroids, 35mm and medium format. I built a darkroom so I could process film and make silver gelatin prints. I loved shooting, never cropped images and even filed out negative carriers so I could print full frame. My first digital camera was a cheap point and shoot that I used to document the music, art and night scene in Portland. For my first trip back to Cambodia, I got a digital SLR and shifted completely away from film. I met my extended family and worked with NGOs based out of Phnom Penh. Over the course of two years, I visited 15 provinces documenting eco-tourism, education, HIV/AIDS, water/sanitation and land-mine survivors’ programs. Images I made for the Australian Red Cross and AUSAID’s landmine survivors’ program became part of an exhibition that traveled around Australia to help promote landmine awareness and raise funds to support survivors of detonated UXOs.

When did you start taking family photos?
As soon as I became a mom.

You’ve been involved in voyaging some time now, when did you decide to call the water your home?
Our voyaging program has been to make fast long distance ocean passages together as a family (usually 4000-6000nm non-stop), allowing us to see the world together via wind power. We started in June 2011 when we left Portland, Maine and sailed non-stop across the Atlantic to Cherbourg, France with our two oldest kids (ages 2 and 9 months at the time). We have been sailing and living on the water ever since, trying to get our kids on as many different boats as possible.

You are the mother of 6 beautiful children, how have you seen them grow and shape shift to this alternative lifestyle?
The life that we have made with our kids has given them the ability to not only navigate the oceans, but a real practical knowledge of how to navigate the world, different people, cultures and political situations. They are learning how to problem solve, adapt quickly to change, be resourceful when resources are limited and understanding what it takes to complete and accomplish hard projects. We try to surround them with inspiring people who are doing really cool things. They are seeing that there are no rules when it comes to life choices, only that by following your passion you can find the inner motivation to push hard. These strengths we instill in them are more and more evident as they get older and especially apparent in contrast to kids their own age who have had a different type of upbringing.

What has living on the water taught you about motherhood and your photography?
Being on the water, disconnected from the normal grid has given me a unique perspective on the value of time, personal consumption, and how little you really need to raise strong, healthy confident kids. As a photographer, I’ve found that no matter where we are, every single day there is always some form of beauty to be found through the lens, whether it’s on an intimate level between your immediate family our out there in some wild amazing place.

When did you decide to travel with your children?
All my children have been on the go from the moment of conception. In 2007, when my husband and I decided to start a family, he made me promise that if we got pregnant, that we wouldn’t stop traveling. I agreed, so I guess it was at that moment that we decided a settled life in one place was not in the cards for our family. During my first pregnancy I had a smorgasbord of medical records from Cambodia, New Zealand, South Africa, Trinidad, Bermuda and USA. My oldest of six was born in Jackson, Wyoming and we were on the road with her starting when she was a month old. Each successive pregnancy was similar.

The most radical adventure baby was my 3rd born who sailed in utero in the high latitudes through the Southern Ocean, Aussie Bight and Tasman Sea (Cape Town to Fremantle to Melbourne to Auckland). She was born on the floor of my midwife’s house in Auckland, New Zealand, caught & cord cut by by my oldest daughter (age 4 at the time). She moved onto the boat when she was less than 24 hours old. As a family we have been traveling internationally, in nonstop motion (with no land base), since September 2008.

How has Patagonia influenced your photo career?
Just after my oldest daughter was born, I got offered a follow up field assignment with the Australian Red Cross to re-visit and photograph the beneficiaries of their landmine survivors’ program. I was really excited, as I felt I could make some compelling images the second time around, with more trust built between me and my subjects. I wanted to work but did not want to leave my family. I asked if I could bring them with me on the assignment (personally covering their travel expenses), but they felt it was too risky for me to travel with a child.

I felt very torn between work and being a parent during this period as I felt my career was just starting to grow. I am sure many first-time mothers can relate to this. That was when my husband introduced me to Jane Sievert who was the head of the Patagonia photo department at that time. I told her about our plan to cycle high quality dirt roads with our 2-month-old daughter through Chile and Argentina, starting in Chiloe and then making our way south through Patagonia and Tierra del Fuego. The plan was to travel super light, with mountain bikes towing two single track trailers – one with a custom-built dodger to carry our daughter and the other with our camping gear. Jane was excited, supportive and willing to work with me and look at my images. We did our route as planned, but then we kept on going. Next we cycled a section of the Chilean surf coast from Cobquecura to Curanipe, then through the Atacama Desert, then went to Iceland to cycle around the island from hot spring to hot spring.

Over the course of 10 months, working with no laptop (as it was too much to carry with touring gear), I used a stand-alone card reader/hard drive. I sent Jane images from our trip that were quickly edited on low quality computer monitors at random internet cafes.

Through this first expedition, Jane had created an outlet for me to work on my art while raising my kids. I have felt that support from her and everyone else in the photo department for all of our adventures over the last 12 years. This relationship with Patagonia helped me realize I did not have to make a compromise between work and being a full-time mother. From that point forward, I chose to search only for projects where I could work and bring my kids along. Amazingly I found clients who let me bring my whole wild crew with me on commissioned photo shoots. I became a freelance writer and interviewed people for stories with my kids listening, learning and participating. My husband and I started a marine services business together that allowed us to work with clients using our virtual, floating office or do deliveries or refit projects where the whole family was welcome. Work choices always weighed in the quality of life that we could provide our family. Quality being measured not monetarily but instead in things like time together, opportunities for experiential education, access to good food, clean air/water/dirt, nature, sports, etc.