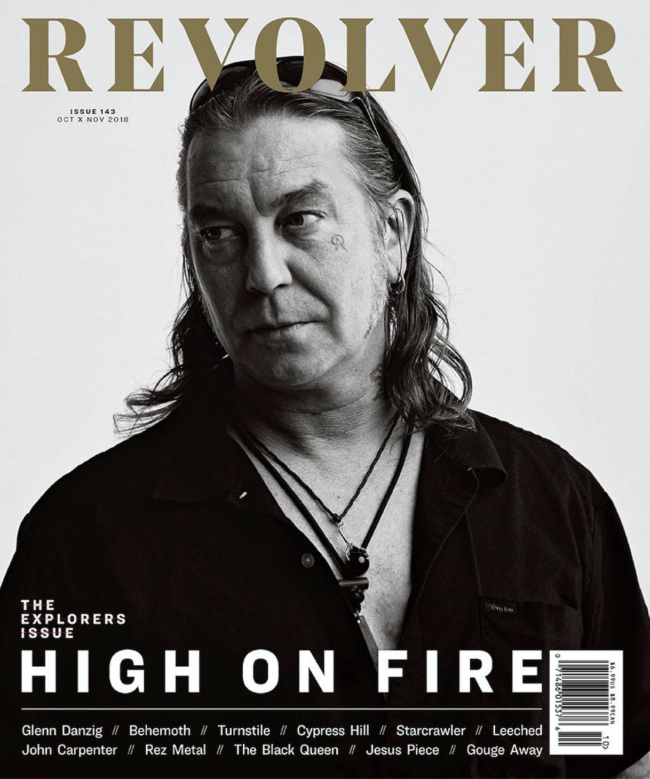 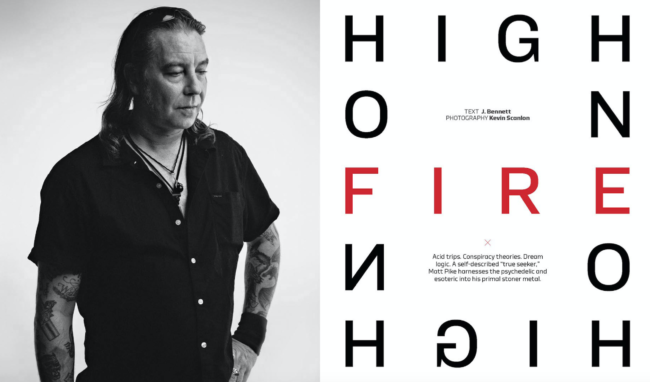 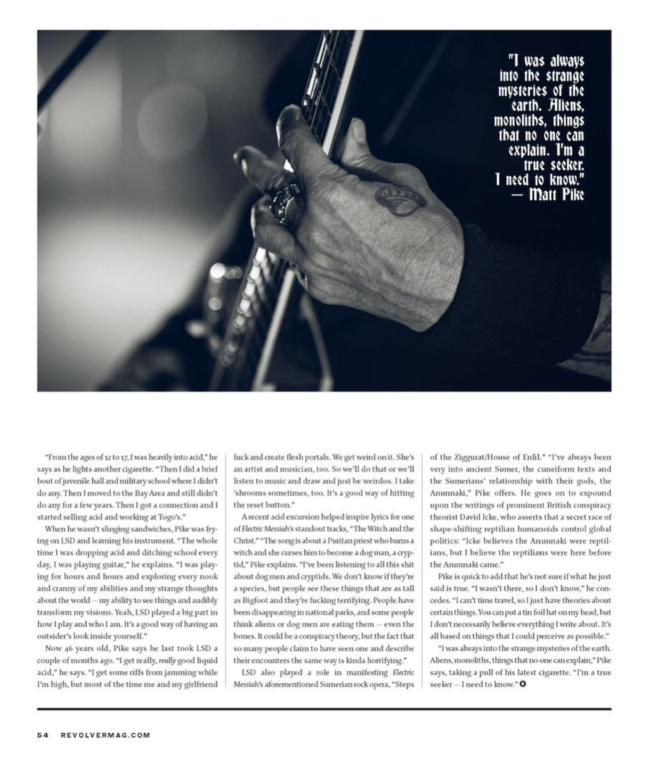 Heidi: How did the project evolve?
Kevin: Jimmy Hubbard called me last summer and asked me to shoot High On Fire, a stoner-metal three-piece band with legendary musician Matt Pike at the helm.  The assignment was to shoot group and individual portraits in studio, and reportage imagery of the band prepping and sound-checking for a music fest in Las Vegas. This is my favorite kind of assignment.

What do you like about these types of assignments?
The controlled conditions of studio portraiture, and the run-and-gun of reportage.  The sound check was in the morning.  Tuning drums, changing bass strings, testing mics.  One of the best things about sound checks is the freedom I have to move around on stage while they’re playing songs.  I can’t do that during a concert.  It’s a more casual atmosphere, to be sure.

What makes the sound check different from a live show?
Musicians aren’t sweating, smoke and lighting isn’t as dramatic, the fans aren’t there.  But with High On Fire, the performance at that sound check was as authentic and energetic as a live performance of most other bands.  So being on stage, amongst the band, feet away from them, it was incredibly exciting.  Wrap sound check, load into the studio.

What type of cover direction did you get from the magazine?
Jimmy wanted portraits that considered the legacy of Matt Pike for the cover.  Stoic and introspective.  I went with simplicity for a lighting approach.  Trees for the background and an Elinchrom octabank key.  I had a smaller umbrella on standby for a fill, but I didn’t want it.  I shot mostly digital, but I spent a few rolls of film too.

Tell us about the shooting film.
I’d been bringing film cameras to set in recent years.  Hasselblad 500c or Fuji 680.  In most cases, the client opted for the digital images, relegating the films shots for after-the-fact darkroom adventures.  But Jimmy and the team at Revolver wanted one of the film shots…and they wanted it for the cover.  My first thought was the deadline.  As photographers know, it’s one thing to quickly turn around a digital shot.  But a darkroom print?  Maybe not so easy.  For safety, I had the shot scanned at Vista CRC in Manhattan.  That way the Revolver team could start designing the cover with a hi-res image. Then, off to Bushwick Darkroom to print.  I spent the day printing straight prints, and also variations using solarization techniques.  In the end, Revolver went for a clean look for the cover.