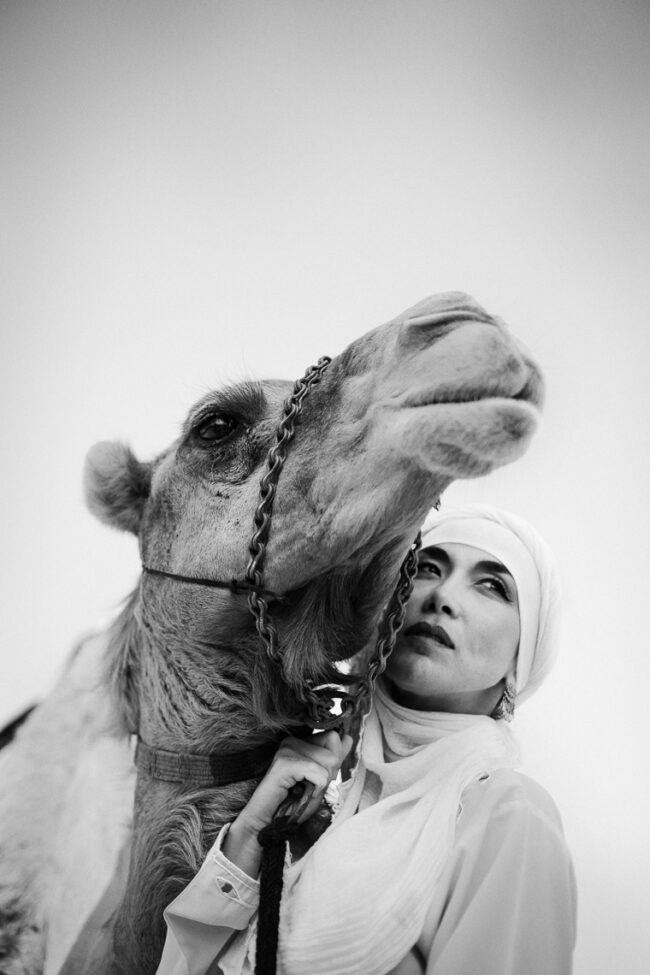 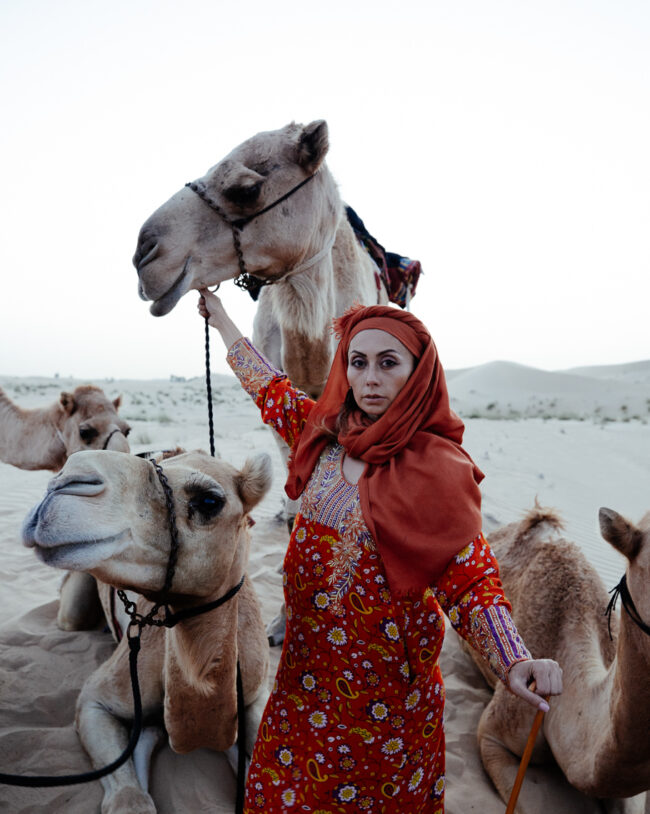 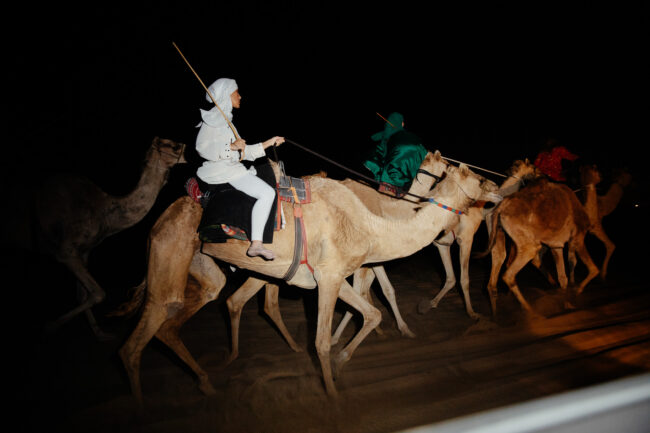 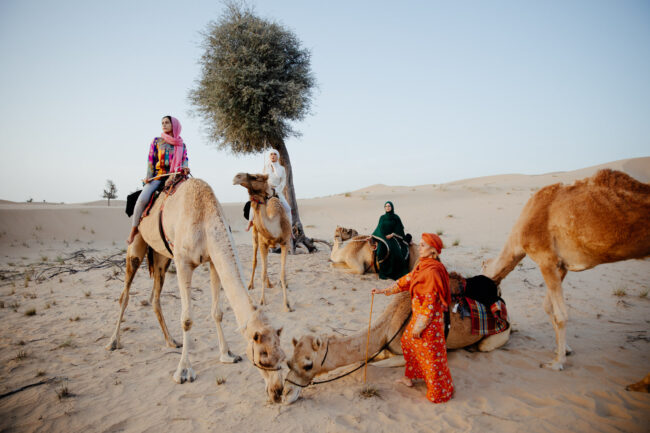 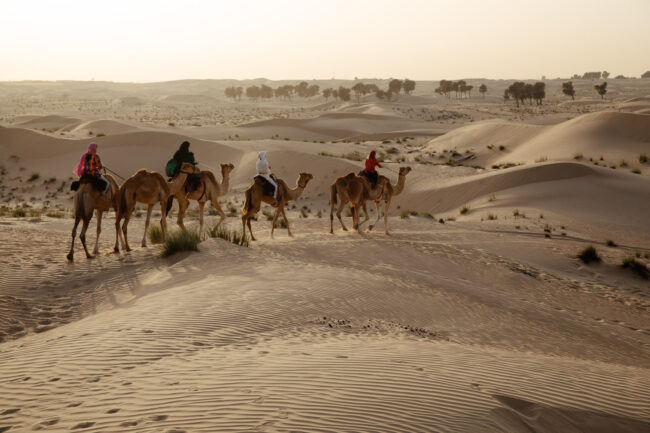 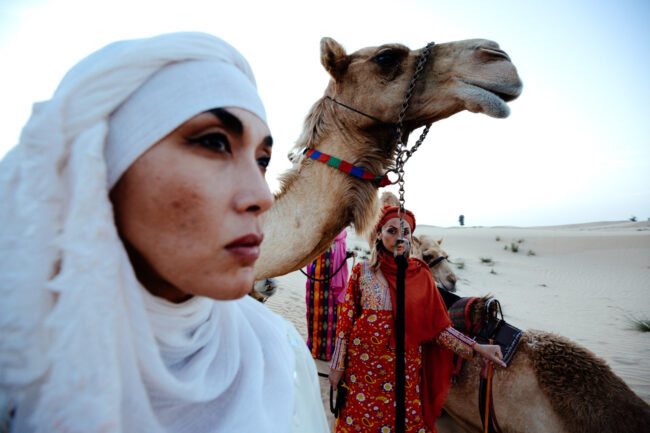 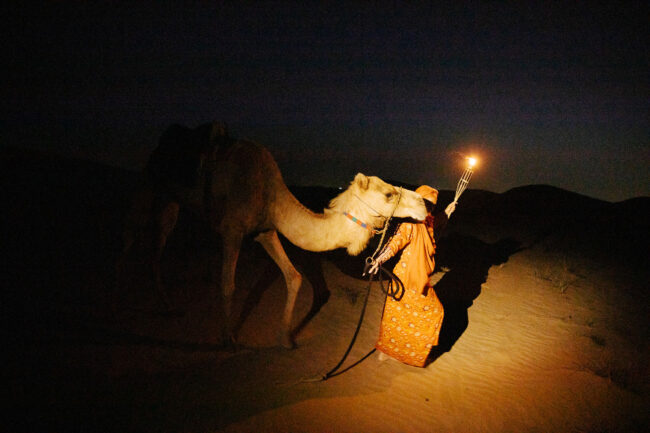 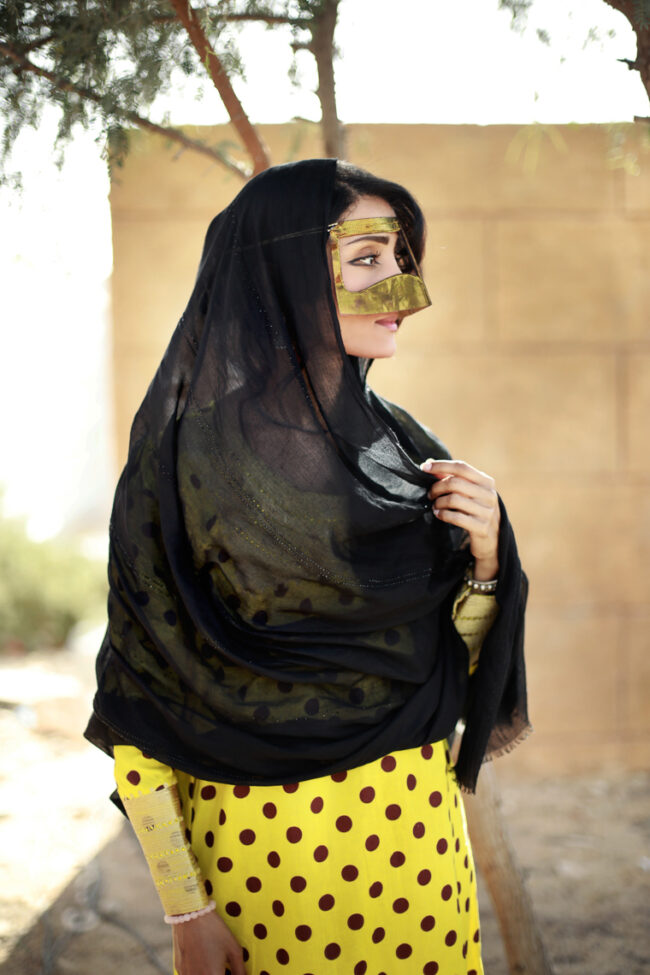 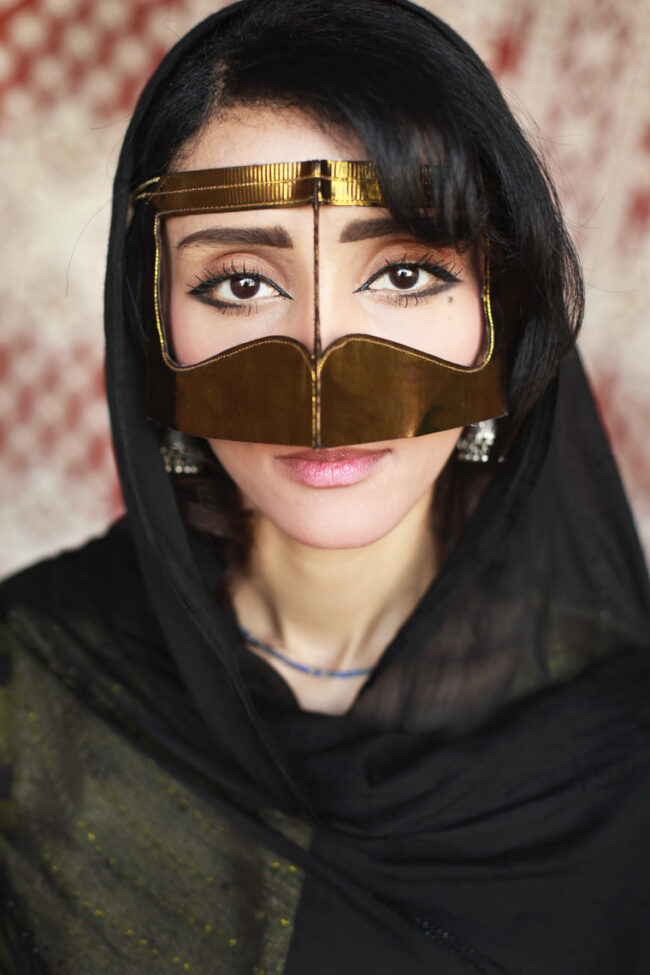 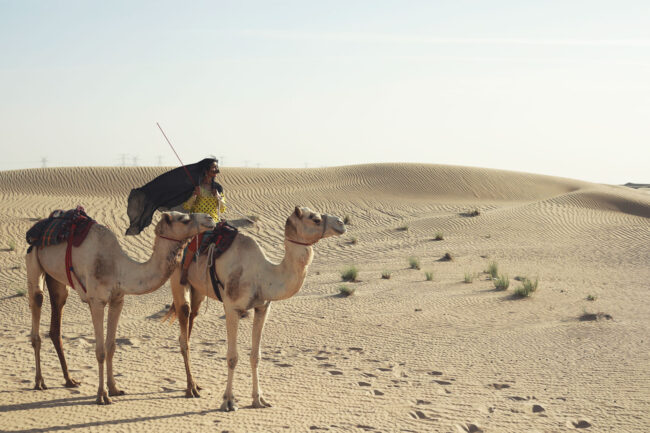 Heidi: Was this the first time women were involved in UAE camel racing?
Ankita: Yes, the two all-women camel riding groups we trailed for this feature are both the frontrunners of women camel racers in the UAE: The Arabian Desert Camel Riding Centre (ADCRC) and Hamdan Bin Mohammed Heritage Center (HHC)

How were they received, smashing stereotypes doesn’t come easy.
Even though in camel racing is entrenched in Emirati culture, it has historically been male dominated. In a country where women have enrolled in the army and run for election, female representation in camel racing is a fairly recent development. Just this year in January, the first ever all-women racing team was set up and I think it’s only a reflection of the changing times in this region. Women are slowly but surely staking their claim in various aspects of Emirati culture and social norms – taking their equal place in society – which is largely encouraged and received well.

Did  you encounter any opposition pitching this idea?
Not at all, ideas like these are encouraged and welcomed at Vogue – that is actually one of my most favorite things about working here at Vogue Arabia – that we’re constantly pushing the envelope and dive into real women stories here in the Middle East. What I particularly find rewarding as a photographer and journalist is being able to tap into women’s stories and relay them from a woman’s lens – something I increasingly find to be a profoundly underrated perspective.

How long are the races typically?
Typically in a camel race, distances range from 2.5 miles (4 km) for younger animals to 6 miles (10 km) – and the race lasting anywhere between 10 and 15 minutes.

Were there any difficulties with the shoot, the desert is a harsh environment.
This shoot was probably one of the most difficult (and naturally, most rewarding) shoots I have ever done! Turns out, camels can be moody beasts! It was a 11 hour shoot, deep into the wild deserts of Dubai – with me running up and down the dunes for hours, orchestrating some of the group shots of the women on their camels, in the sweltering desert heat. It took everything in me to get it right. I also learned the hard way that Camels are very unlike horses – once they walk a stretch, there’s no going back!