Isla de las Munecas – The Island of the Dolls

I have always loved a good story, with great characters and the opening sentence “Legend has it…”

These are stories to tell around the campfire, to pass along and keep alive – but some stories, I’ve just got to see for myself. The Island of the Dolls is such a tale.

Legend has it, a little girl drowned entangled among the lilies of the Xochimilco canal. Her body was found on the banks of one of the islands by Don Julian Santana Barrera.

Julian was the caretaker of the island and, shortly thereafter, he found a doll floating nearby and, assuming it belonged to the deceased girl, hung it from a tree as a sign of respect to support the spirit of the girl. After this, he began to hear whispers, footsteps, and anguished wails in the darkness even though his hut – hidden deep inside the woods of Xochimilco – was miles away from civilization.

Driven by fear, he spent the next fifty years hanging more and more dolls, some missing body parts, all over the island in an attempt to appease what he believed to be the drowned girl’s spirit.

After 50 years of collecting dolls and hanging them on the island, Julian was found dead in 2001, reportedly found in the exact spot where he found the girl’s body fifty years before. 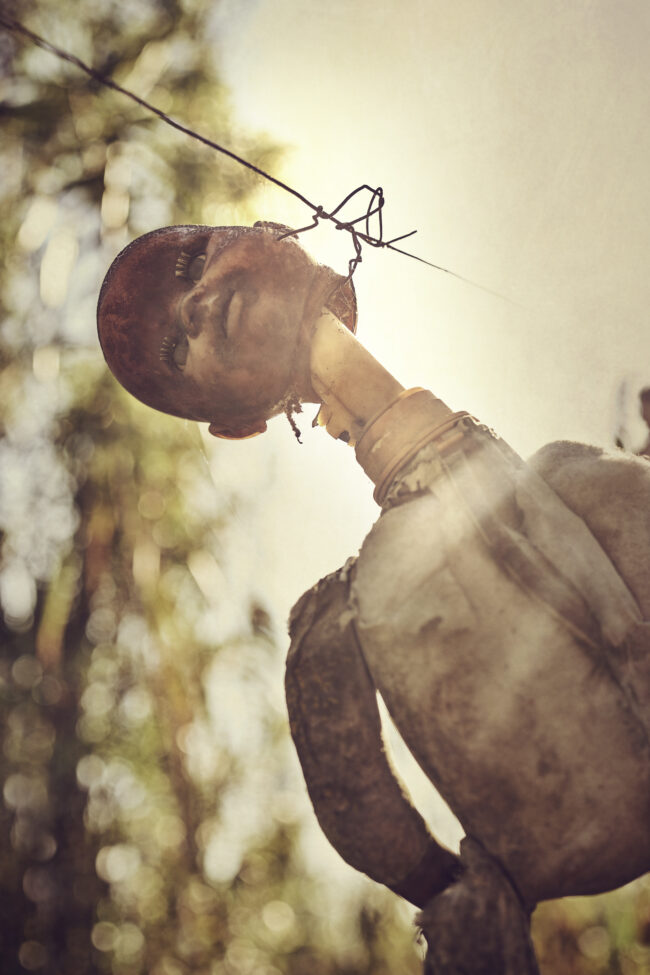 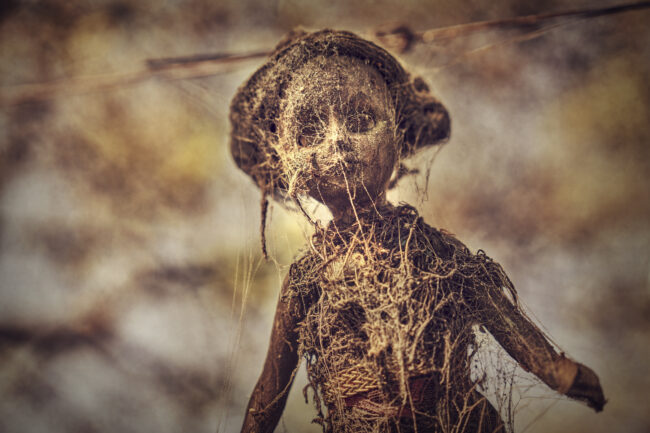 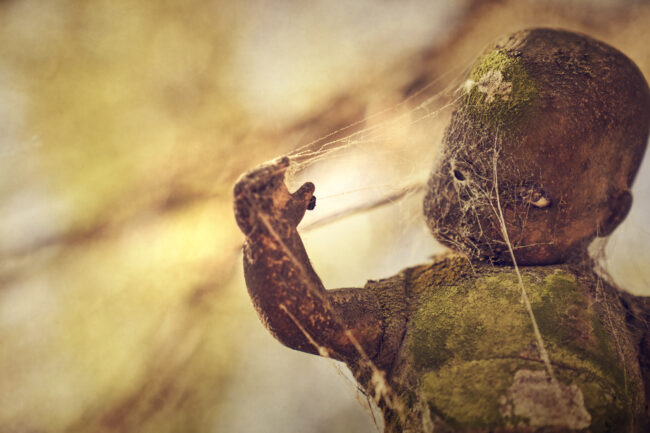 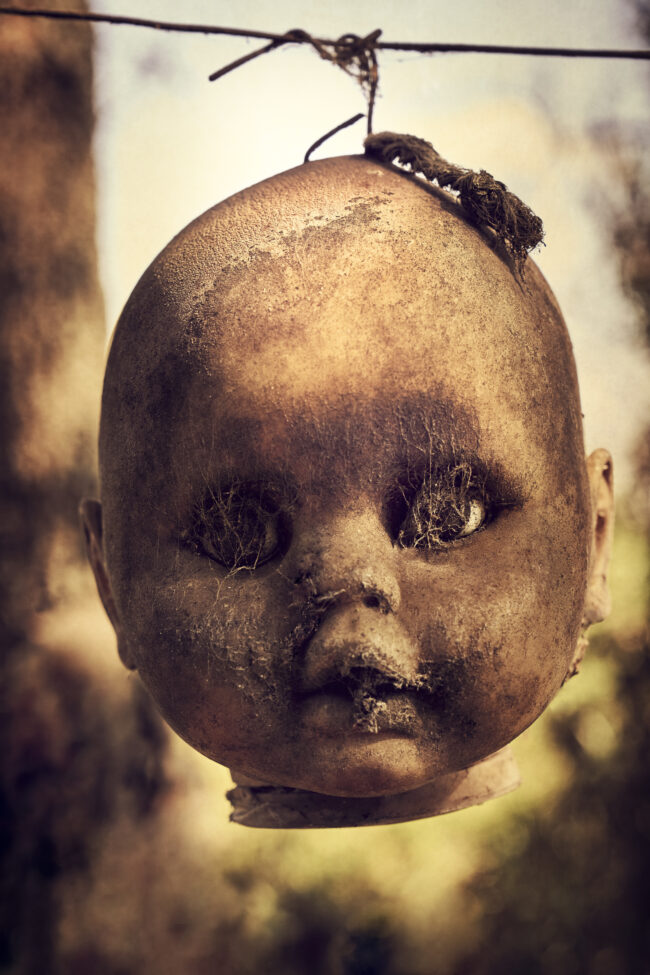 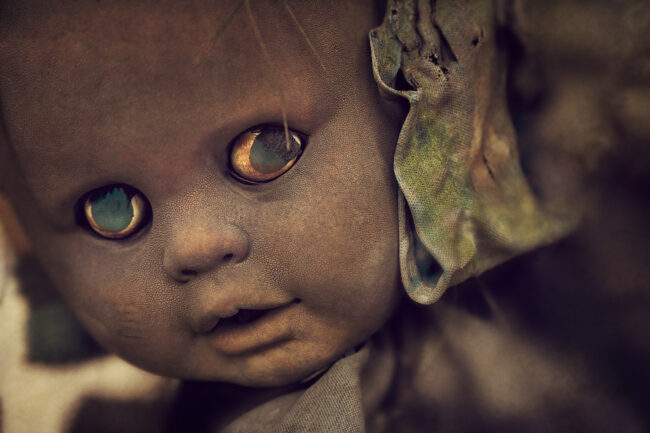 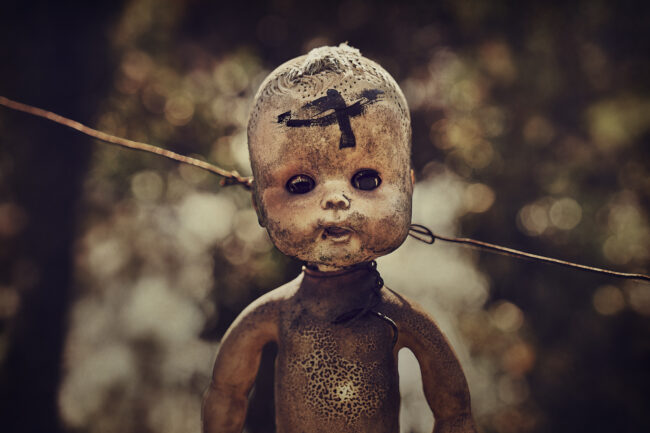 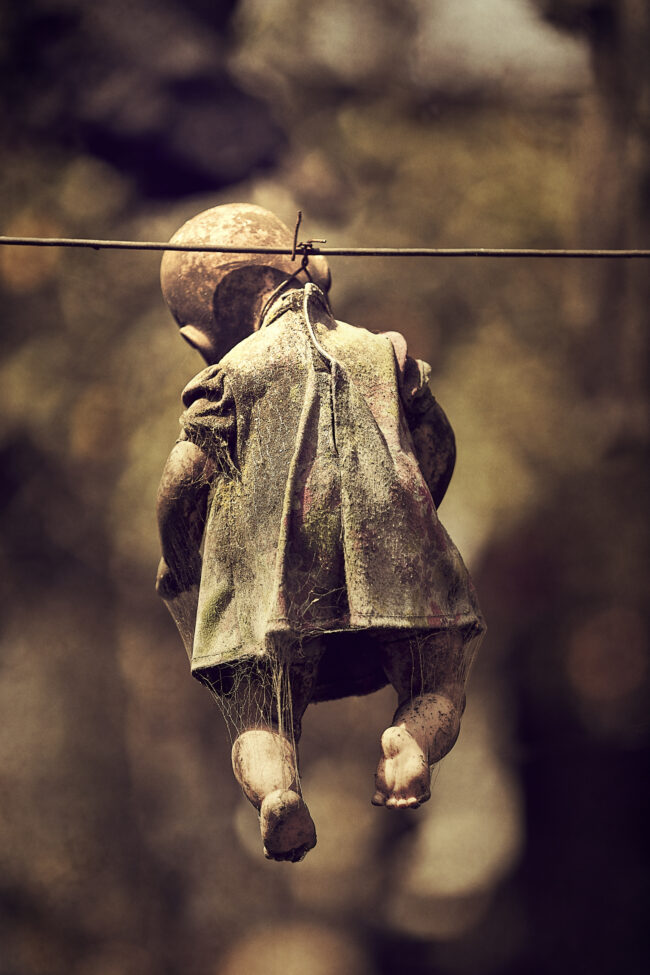 APE contributor Suzanne Sease currently works as a consultant for photographers and illustrators around the world. She has been involved in the photography and illustration industry since the mid 80s.  After establishing the art buying department at The Martin Agency, then working for Kaplan-Thaler, Capital One, Best Buy and numerous smaller agencies and companies, she decided to be a consultant in 1999. She has a new Twitter feed with helpful marketing information because she believes that marketing should be driven by brand and not by specialty.  Follow her at @SuzanneSease.  Instagram

Original article: The Art of the Personal Project: Cade Martin.