I’ve always been an optimist.

And if you’ve been reading this column for any length of time, you’ll know it’s true.

(Until this year, that is.)

If I’m being honest, I probably started questioning my faith in positivity a bit earlier in the thankfully-soon-to-be-over Trump presidency.

Because back in my young 30’s, with Barack Obama’s ascent, I was enamored of his theory that the long arch of history bends towards justice.

Hasn’t Hollywood been pumping us full of that happy-ending juice for a Century now? (Until Tom Holland’s Spiderman dies at the end of that Avengers film, that is.)

Haven’t we been primed to believe things will work themselves out eventually?

Because there is ample evidence in human history that corruption, and the lust for power and wealth, can also create super-long periods where “regular” people consistently get the shit end of the stick.

For every Pax Americana, or Athenian Democracy, there has been a counter-balancing Aztec Empire, Nazi Regime, or Enrique Peña Nieto nightmare. (Sorry, Mexico. Didn’t mean to pick on you twice.)

Which makes a week like this one feel so very, perfectly, unbelievably #2020.

The US surpasses 300,000 dead, but we also get the vaccine. The Electoral College does its job and votes for Biden, but certain right-wing figures continue to imply a Civil War is coming.

People are dying, constantly.
But maybe better days are ahead?

It’s hard to make sense of things, in the week before Xmas, and after I confidently slammed the door on #2019, begging for #2020, I’m now cautiously peeking around the corner, hoping 2021 doesn’t kick us in the balls.

I’m not even sure the calendar will turn as it’s supposed to, because this year has felt like 10 years and 10 days simultaneously.

In previous columns, we’ve discussed that time functioned differently during this plague year, but still, my optimism is buried deep enough that even New Year’s Eve seems illusory.

The year has been so long, in fact, that I received a book in late February, just before lockdown, and it’s sat in my submission pile ever since. (That part is understandable, as it often takes me a year to comb though the stack.)

But this book, a small catalogue really, was one I didn’t request, nor did the artist reach out before sending, so when I finally opened it up, I was clueless as to what I’d be seeing.

It’s called “a.non.y.mous,” by Robert George, published by Archer Gallery Press, and the return address was from Saint Louis, so I was really flying blind.

There is a well-written, short statement in the beginning, that veers towards art-speak, but never crosses the line. It intrigued me, in particular this line: “individualism has defined America in the past, but as the world grows larger, we become more and more anonymous.”

Late last year, I wrote a huge article comparing China and America, and questioned whether our over-reliance on individuality, at the expense of any sense of collective responsibility, might soon bite us in the ass?

I’m no fan of autocracy, as everyone knows, but I suggested we could do with a slightly stronger sense of social fabric, as Trump was shredding so much of our decency and moral standing.

(And here we are, in a world where people would rather allow others to die than wear a stupid fucking mask.)

Though the book’s introduction suggests it will have a bit of an intellectual, or scholarly bent, we end up with a lovely, short jaunt through a set of cohesive street photos. (Or documentary images, deepening on your preference of terms.)

Mostly, we see solitary figures, often children, out in a varied world. (Not exclusively Saint Louis, I’m guessing.) That there are so many subtle symbols of American culture and history, in such a short book, is commendable. (Like Spiderman.)

But here’s the kicker: the book implies it was shot and published in #2020. (Based on the end notes.)

But it arrived in my mailbox at the end of February.

So the entire narrative must span the beginning of this year; all of it before lockdown?

The masks.
The loneliness.
The broken heroes.

Somehow, a story that feels like it was made for our 9 month ordeal, was created just before it began?

We also see two carnivals, which are pretty much the perfect examples of what we have lost.

(The fun, freedom, and whimsy.)

I’m properly impressed by this little volume, and do wonder if it would have had the same power if they’d tried to cram in 60 pictures, and built the thing with more a more imposing physical structure?

Instead, it feels more poem than novel. (More Robert Frost than Jonathan Franzen.)

(If Armageddon doesn’t get here first…) 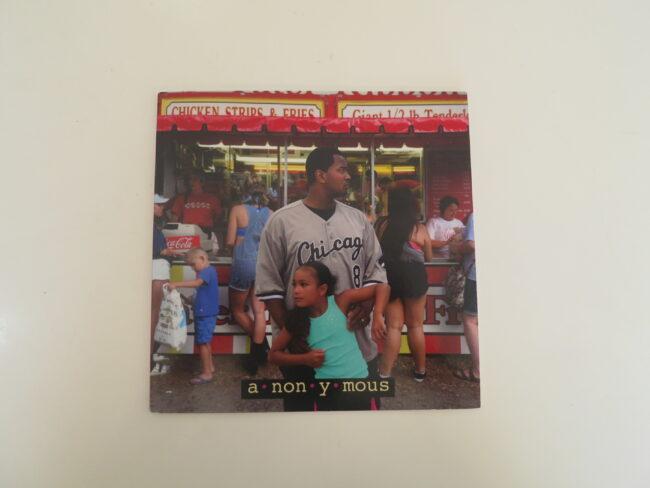 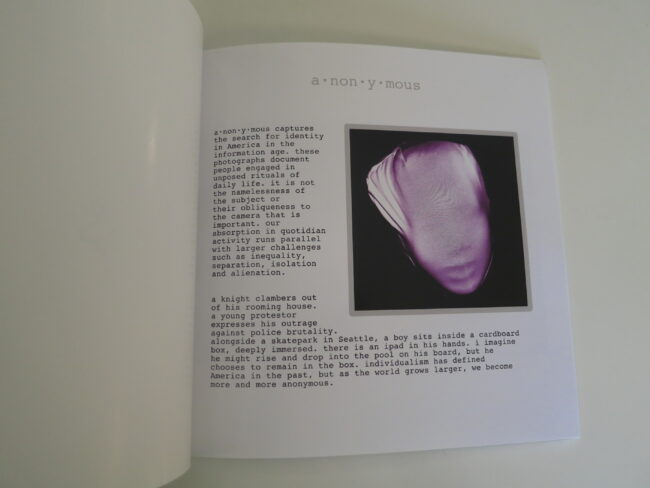 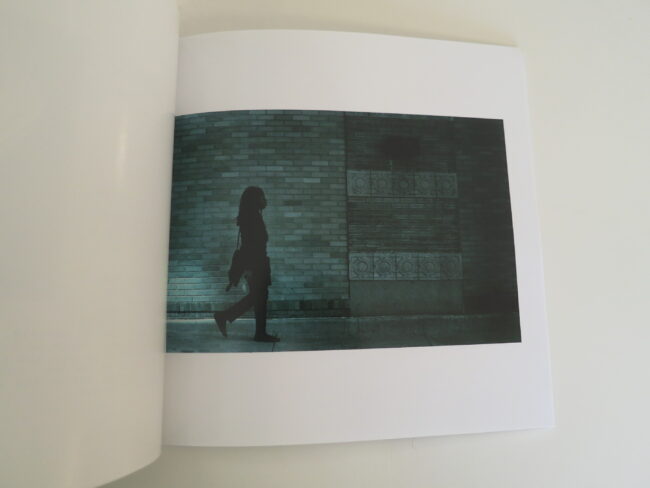 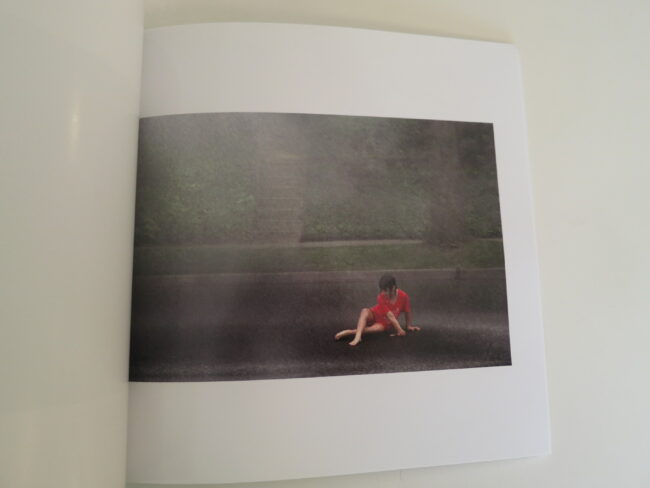 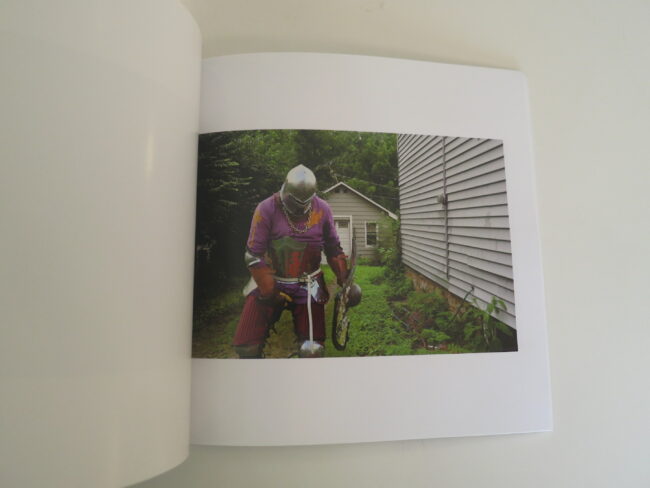 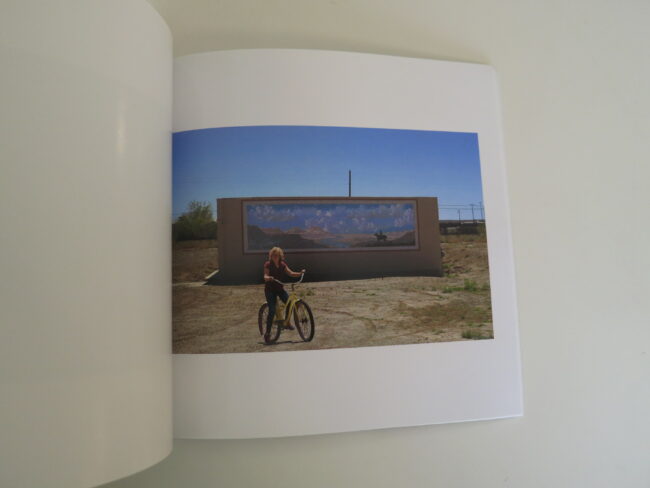 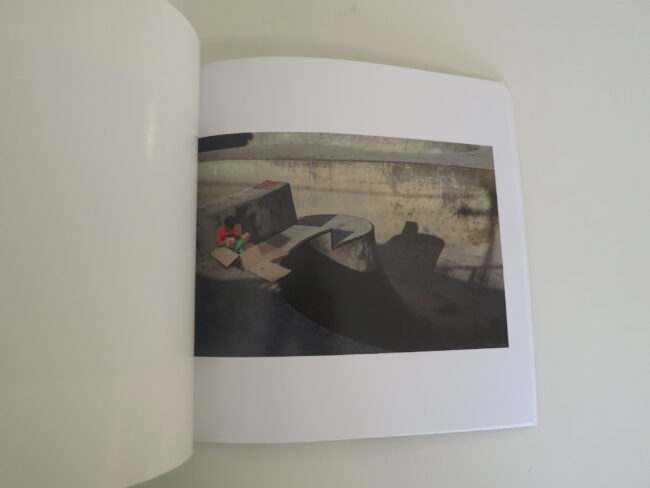 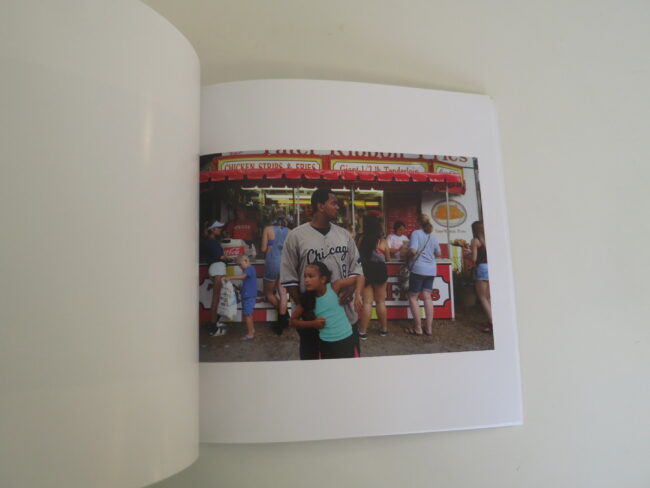 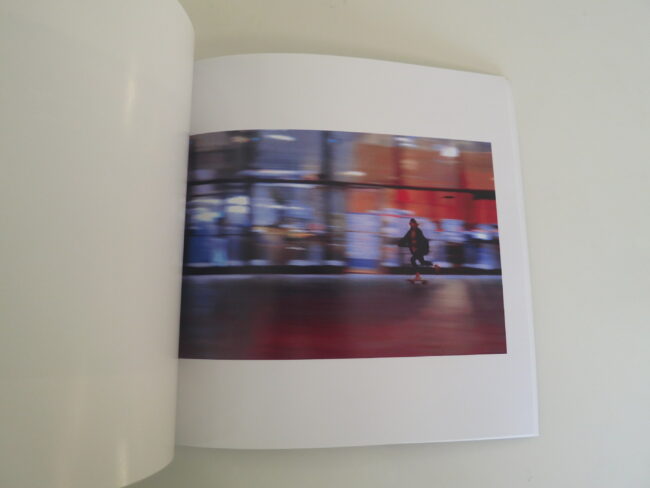 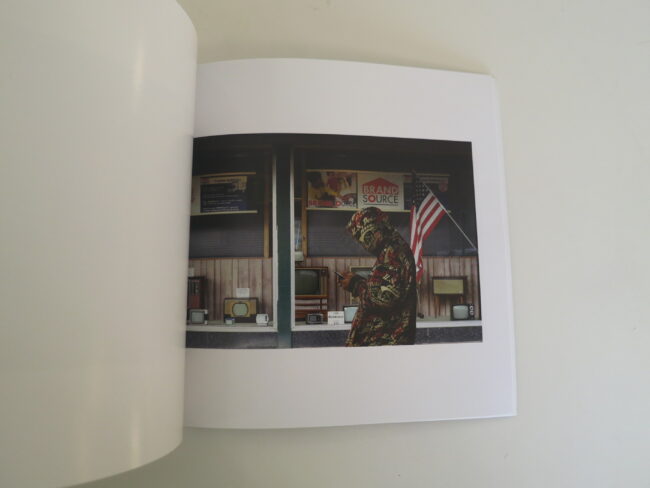 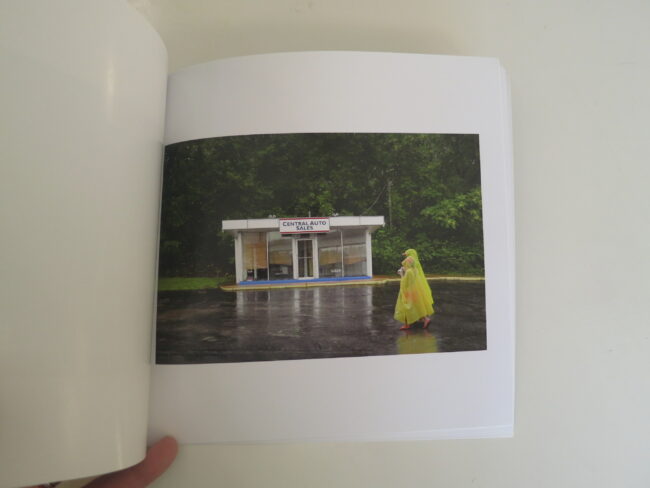 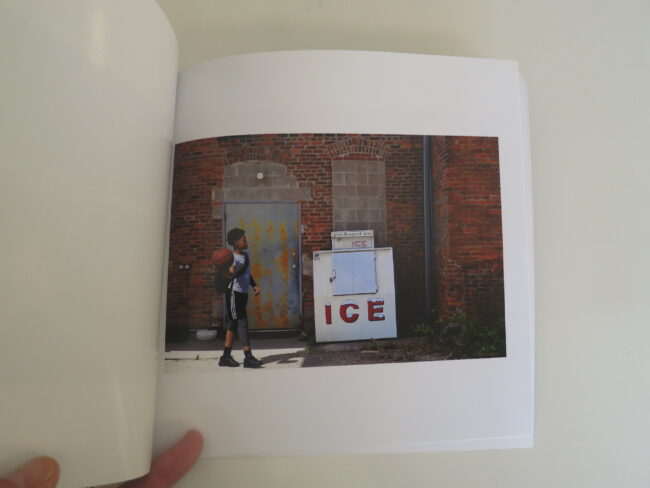 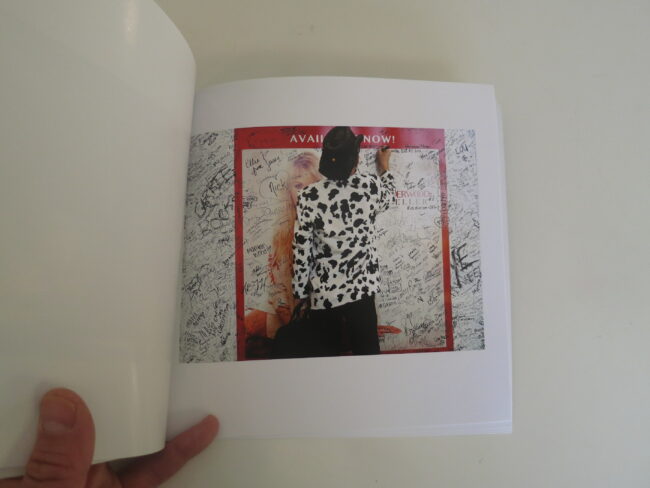 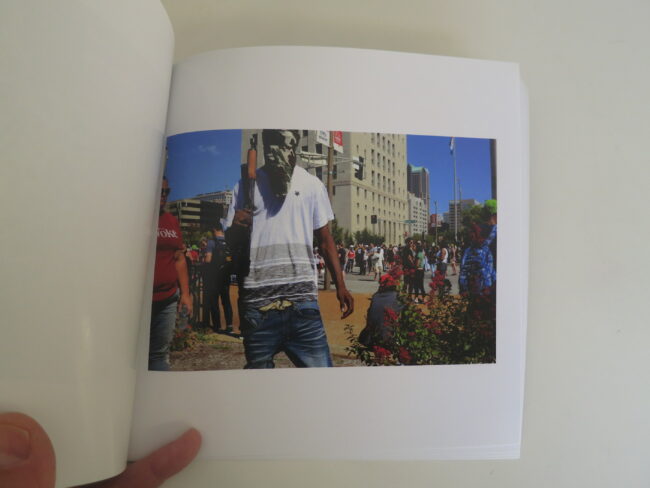 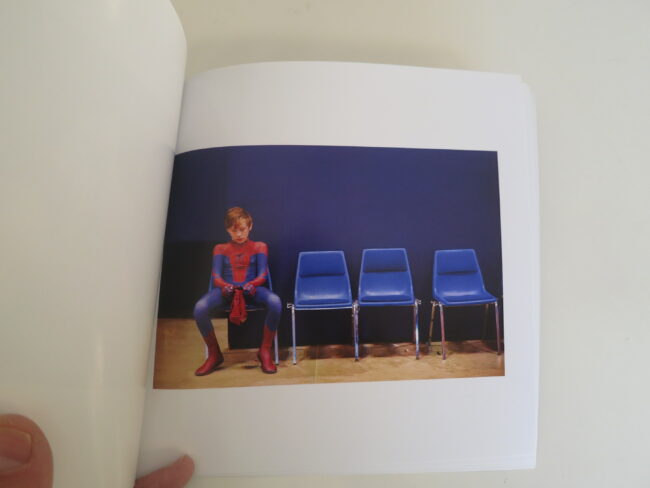 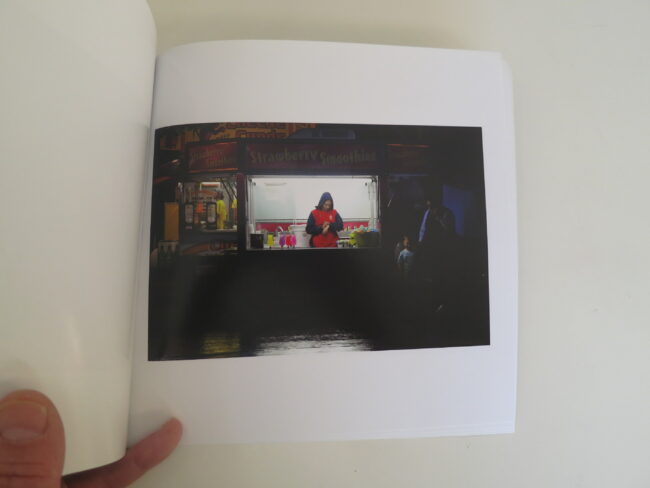 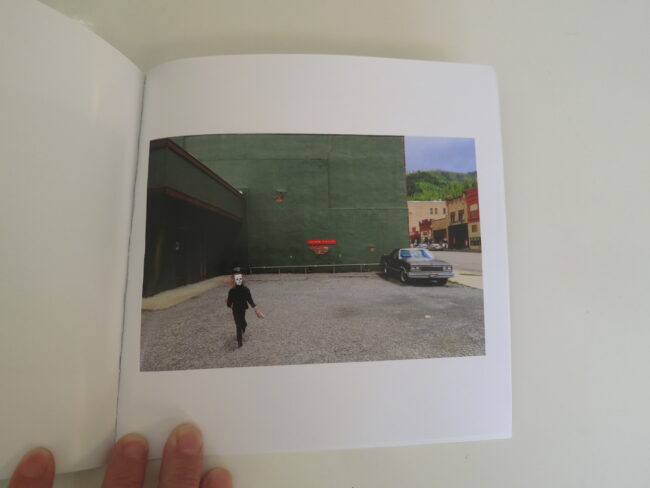 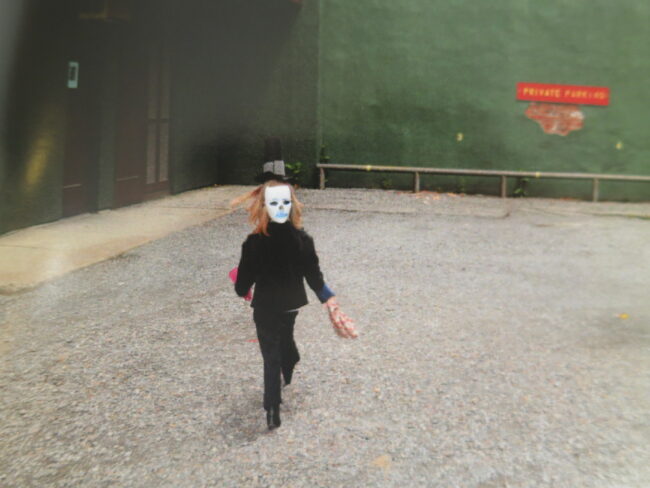 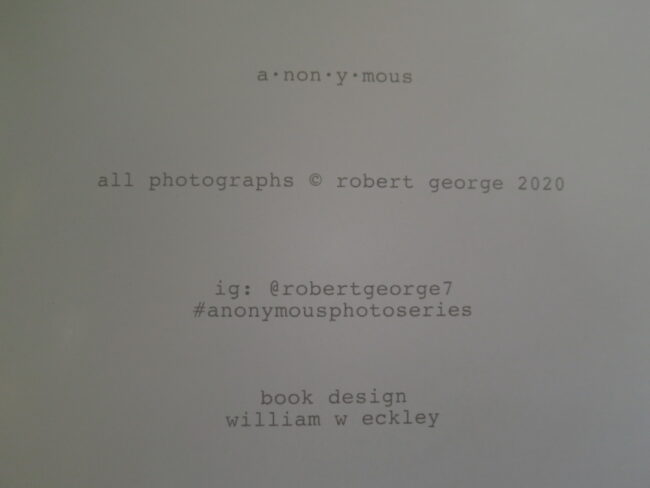 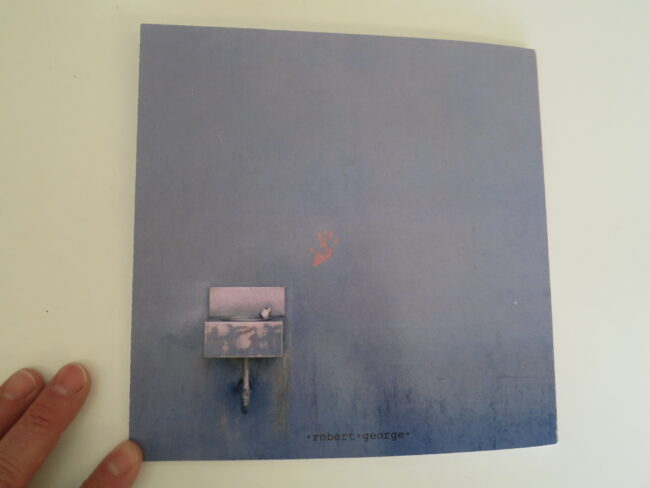