“I am fighting this bureaucracy like a lion! I check every resource, I try every door, I talk to everybody I know. You will see, my darling, that I will succeed! It is only a matter of time, and time works to our advantage and it wants to unite us. Only us. Together.” Julek, January 12, 1946

“It seems sometimes that humanity is doomed. This is just a nightmare. And even a nightmare has its end.” Julek, June 30, 1947

“Americans are just big children and they are cruel; they don’t understand anything. Sometimes if feels that they are worse than the Gestapo and the SS. It pains me to write to you like this but don’t think, my love, that you are in paradise. This is not a land of democracy and freedom. No other country in this world has such cruel regulations. People have some empathy, heart, and feelings, but America is blind and just follows the rules.” Julek, July 15, 1948

“I feel more and more hatred toward this apparently ‘good’ America- everybody praises this country but it’s so far behind Europe in so many aspects of life.” Franusia, July 26, 1948

“I am full of suspicion against the Americans. They talk about this great freedom and they don’t let people in. They talk about all people being equal and they hang black men and kick out the Jews from colleges and elegant hotels. What is that?… I just heard that some white people just shot and killed a black man in your area and they were declared not guilty and released without any sentence. Such are examples of America’s democracy…Sometime soon it may be an embarrassment to be a US citizen, you will see!” Julek, January 28, 1949

“Today is Pesach and I am very sad- I miss you so much…When we will be together we will have real holidays. Here they just make a nice dinner. My uncle doesn’t believe in all this and my aunt has no idea what to do and how to behave. She just sits in front of the mirror and goes to the hairdresser and for massages to keep her waist line slim. I don’t understand how anyone can live like that. It’s an empty, vain life.” Franusia, April 21, 1949

“I am finally free. After all these years of suffering and obstacles, I am allowed to be with you and stay with you for the rest of our lives. I just want to take you in my arms now and press you to my heart, with no words- just us together in that embrace.” Julek, June 1, 1949

Some of my ancestors come from Poland, but I’m not sure where.

As an American Jew, I’m something of a rarity, as all my grandparents and one of my great-grandparents were born here. So I have no direct relatives who were killed in the Holocaust.

Rather, all my people, Blausteins from Poland, and Karstadts from Germany, were here in the early 20th Century.

These days, survivors are more and more rare, yet their stories are as important as ever.

I went to Poland once, on my first trip to Europe in 1997, but only to change planes in the Warsaw airport. I had plans for a longer stopover, but they fell through, and that was that.

The next year I went back to Europe, planning to stay for 6 weeks, but was so lovesick for my new girlfriend, (now wife,) that I lasted only 10 days in Italy.

My parents helped me change my ticket, so I could get back to America ASAP and visit Jessie, who was studying for the summer at Smith College, getting her Masters Degree in Social Work.

I remember seeing her come up the escalator, at the Port Authority Bus Terminal in New York, because reuniting with her was literally the only thing I could think about, even while I was roaming through gorgeous Italy, taking pictures with a Minolta SLR that I left on the train heading to the airport.

Love can cloud the mind, but also create a power that is difficult to defeat.

I’m writing this column during Passover, the Jewish holiday that honors my ancestors escape from Egypt, when ancient Jews were kept as slaves by the Pharaoh.

My kids are growing up in a part of New Mexico that actually looks a bit like Israel, the land of my people, even though New Jersey is my homeland, and one of their grandmothers is actually descended from French-Canadians, with an ancestor who fought in the Civil War.

We Americans are the world’s mutts, and many of us are proud of this fact.

Others, however, despise immigrants, or people who look or sound different.

Some of my fellow countrymen burn crosses, paint Swastikas, and or kneel on Black men’s necks until they’re dead.

As a society, we have at times embraced immigration, as we did during our Ellis Island phase, or restricted it, as when Chinese people were excluded for decades.

Like every society, our history is complex and bloody, but few others are as dualistic in their character, I’d suggest.

And these days, some of my countrymen are beating up old Asian ladies, kicking them in the street, as if such behavior is anything but the worst evil.

I’m going to keep it short today, as I opened with a series of quotes, which is something I’ve never done before. (Not to this extent, anyway.)

The come from a terrific, and very moving book that arrived in my mailbox more than six months ago: “Sweet Noise: Love in Wartime,” by Max Hirshfeld, published by Damiani in 2019.

It kept me reading for hours, and is riveting, though not a photo book in the traditional sense. Normally, such a publication would be built around the photography, but here, a series of letters between the artist’s deceased parents, Julek and Franusia, dominates, and rightly so.

There are also essays, and a set of images made on a trip the photographer took with his mother, back to Poland, in 1993.

But really, the letters steal the show.

During Passover, (which I don’t observe in the way I did when I was young,) we celebrate what is essentially an immigrantion tale.

All the Jews ran out of Egypt so quickly their bread didn’t rise, and then spent 40 years in the desert, before they found Israel, which Moses was forbidden from entering.

In predominantly Christian America, that the Last Supper was a Seder, and Jesus lived and died as a Jew, is not widely discussed.

Yet every day, we hear stories of desperate Mexican and Central American children, alone, scared, running for their lives, who are met with nothing but scorn, and jail cells, at the Southern Border.

But there are also tales of brave people who hide bottles of water in the desert, or secretly offer housing and succor to those who risk baking to death in the sun, for a better life in America.

The letters in this book, written by two people who survived the Nazi Death Camps, reek of misery and desperation, as the lovers suffered further from a cruel, inhumane immigration system that might well have been tilted by anti-Semitism.

As with every good Hollywood story, this book has a happy ending, as Julek and Franusia were eventually reunited, had Max, and raised him in Alabama. (Too late for this advice, but if it were me, I’d have moved to New York. Dealing with Southern racists, after fleeing the Nazis, seems a bit too masochistic.)

You’ll read, in the quotes I published, a scathing take on America, back in the 1940’s, that feels like it could have been written today.

The Trump years, and the pandemic, have killed hope for so many.

But perhaps brighter days are ahead?

I’m no sooth-sayer, but I do think each and every one of us needs to ask ourselves, if Max’s parents could persevere, and ultimately reunite to love each other, and raise a family, perhaps we can re-open our hearts again too?

See you next week. 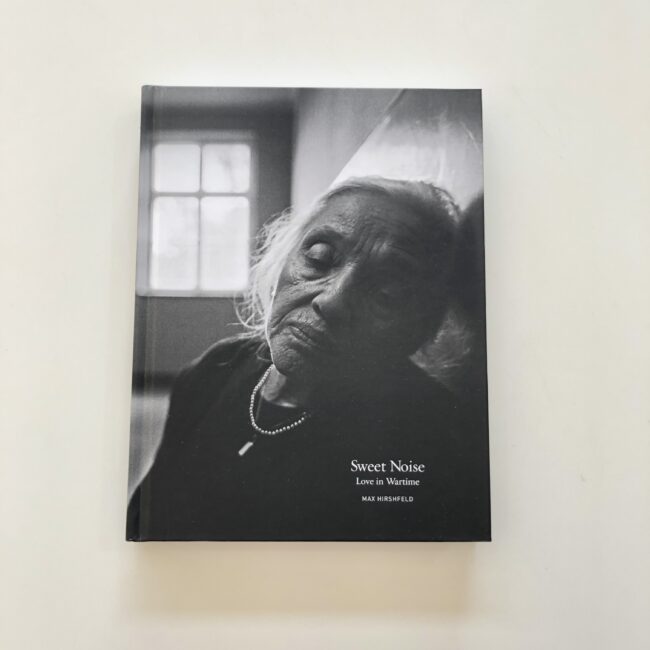 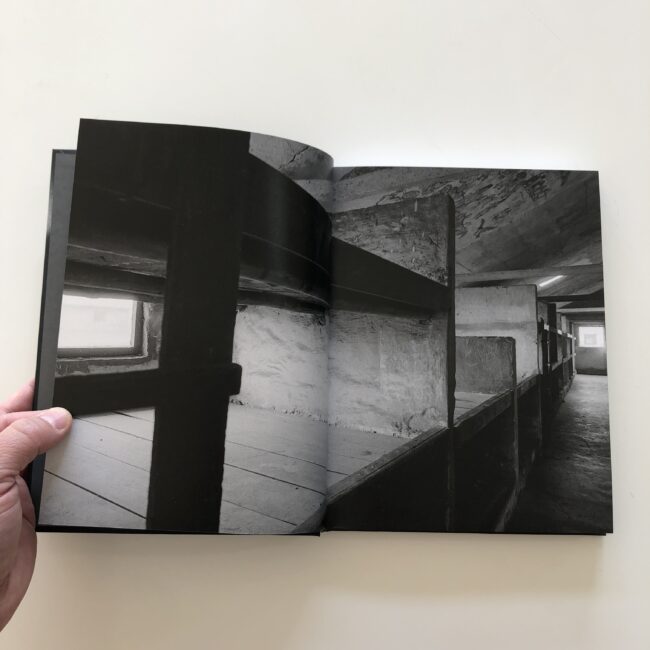 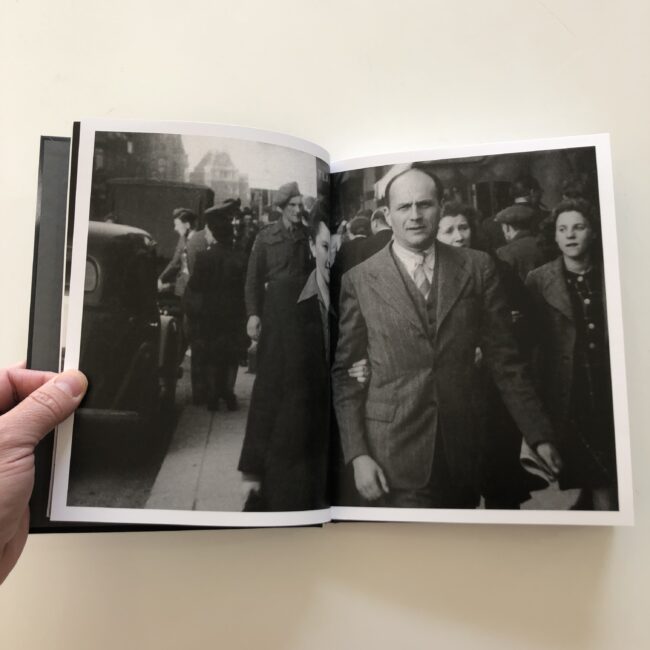 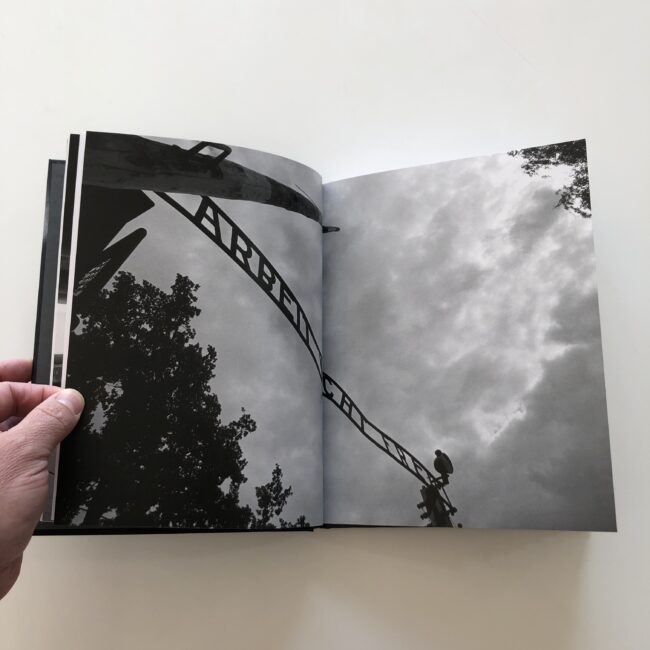 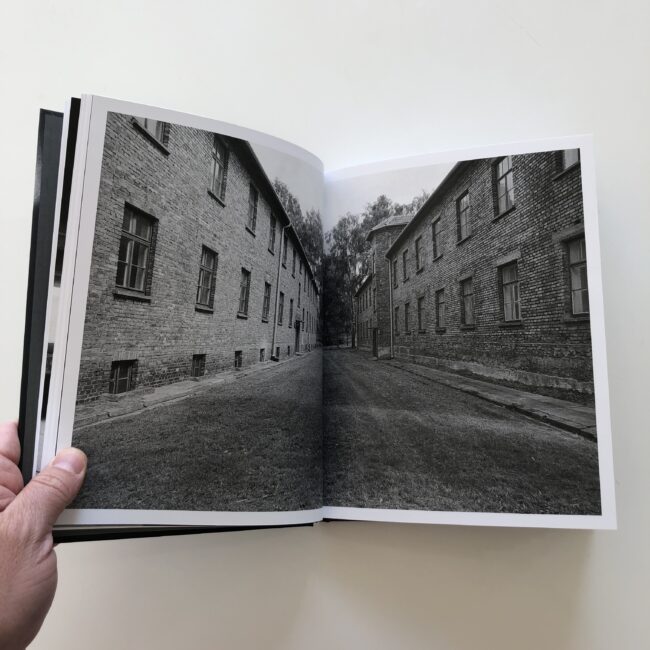 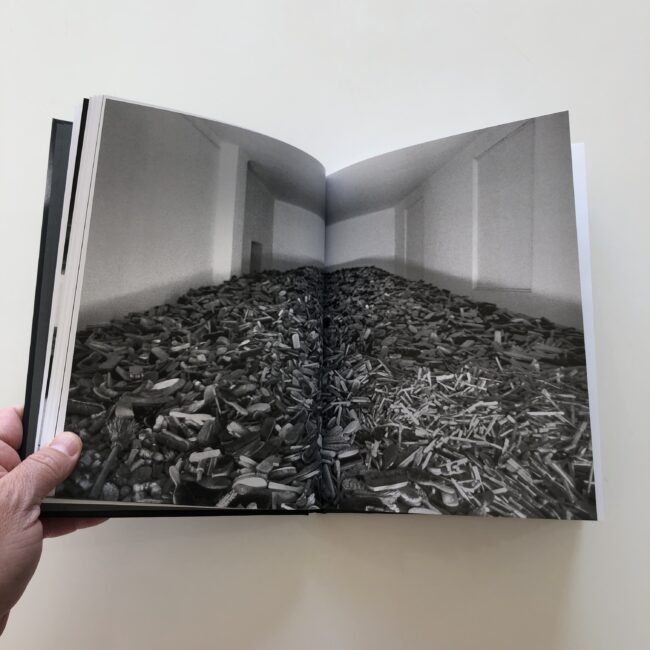 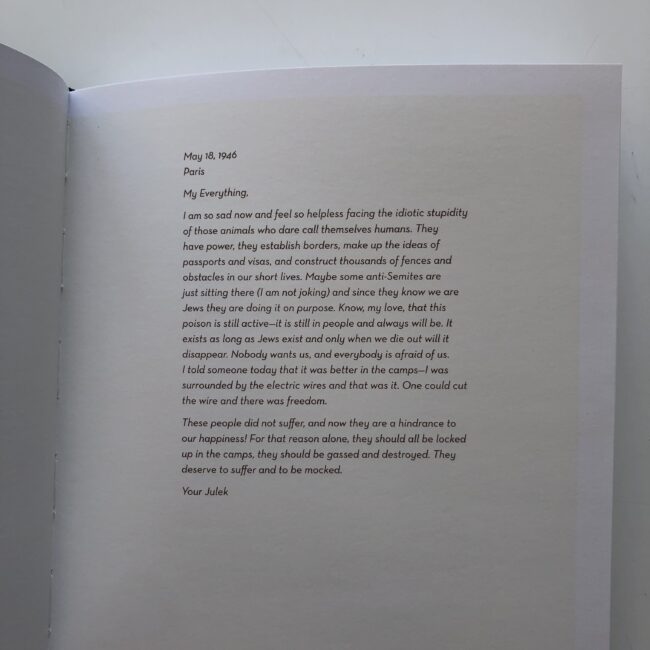 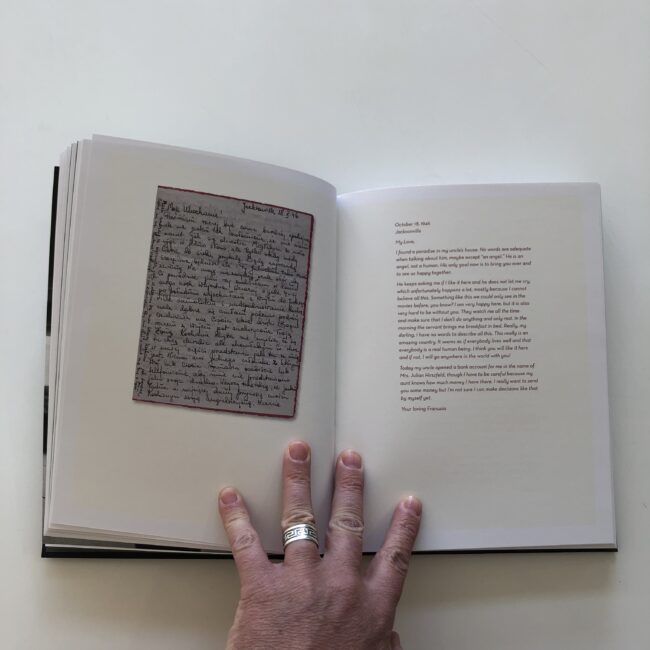 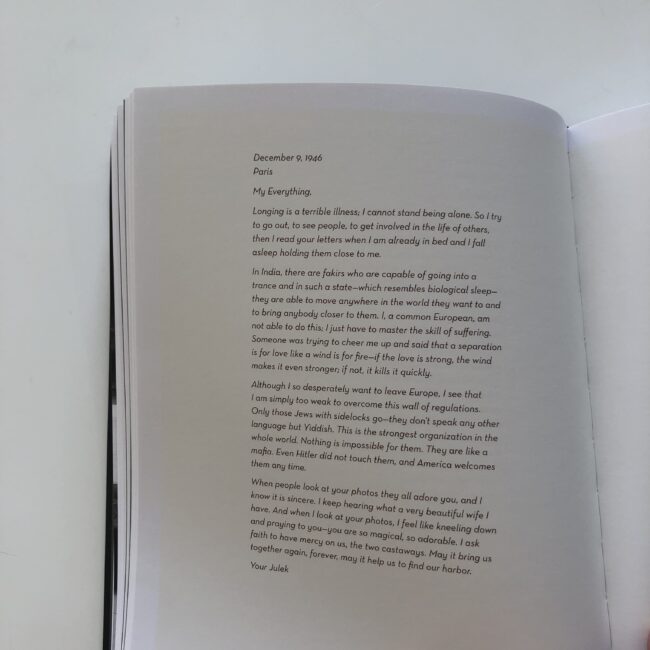 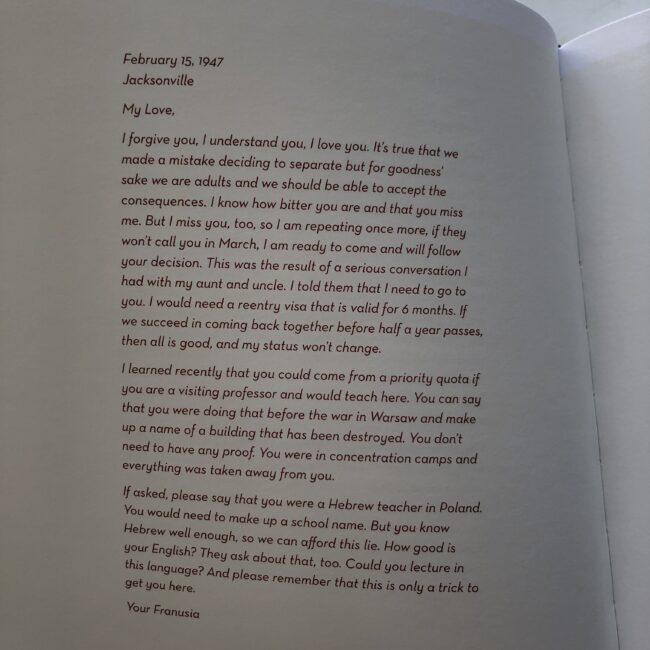 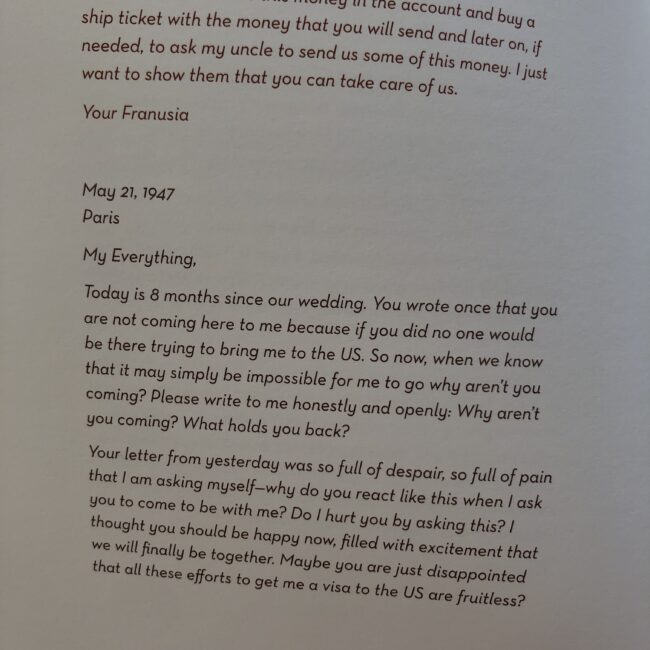 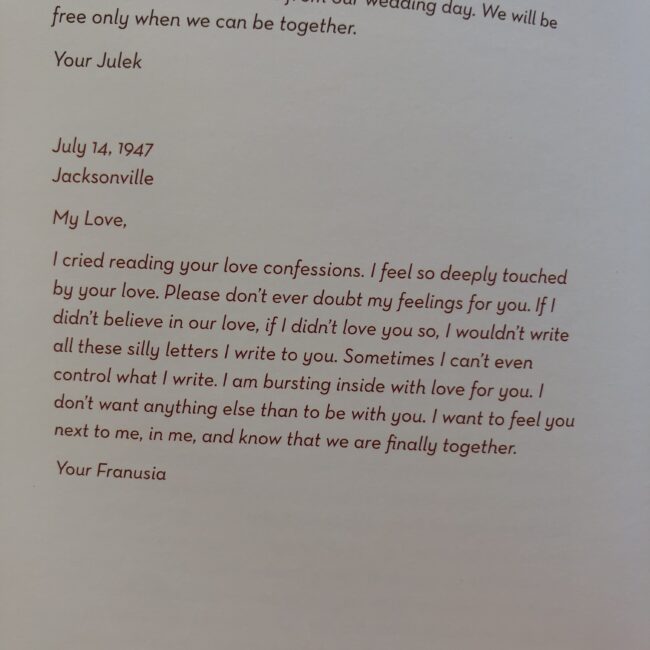 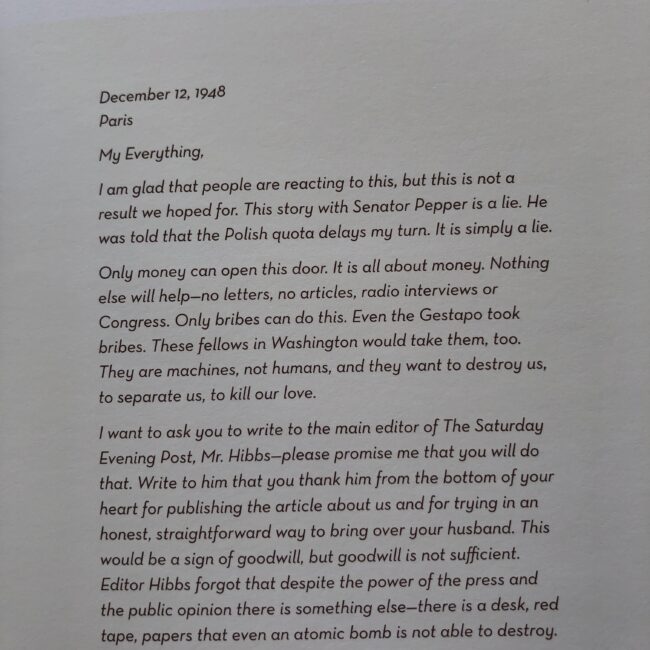 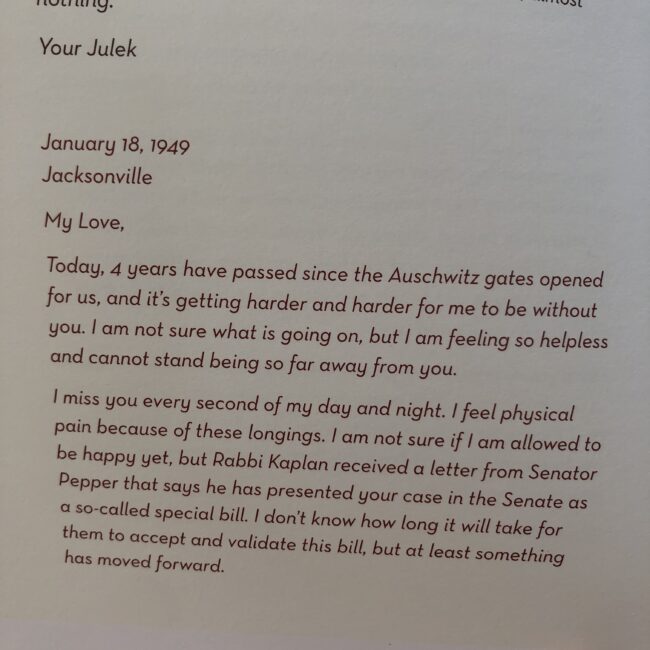 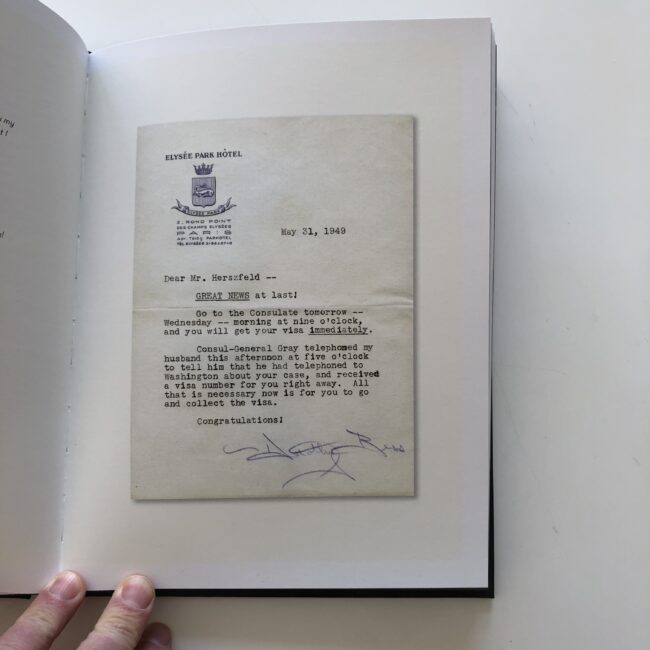 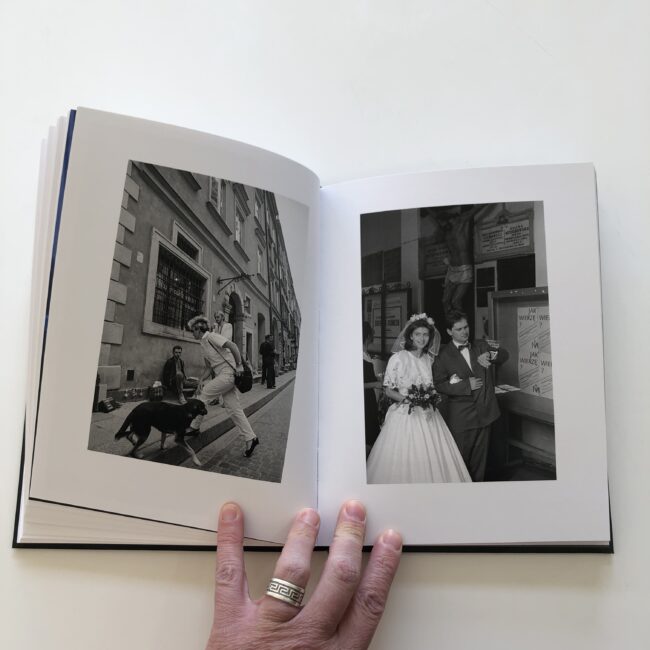 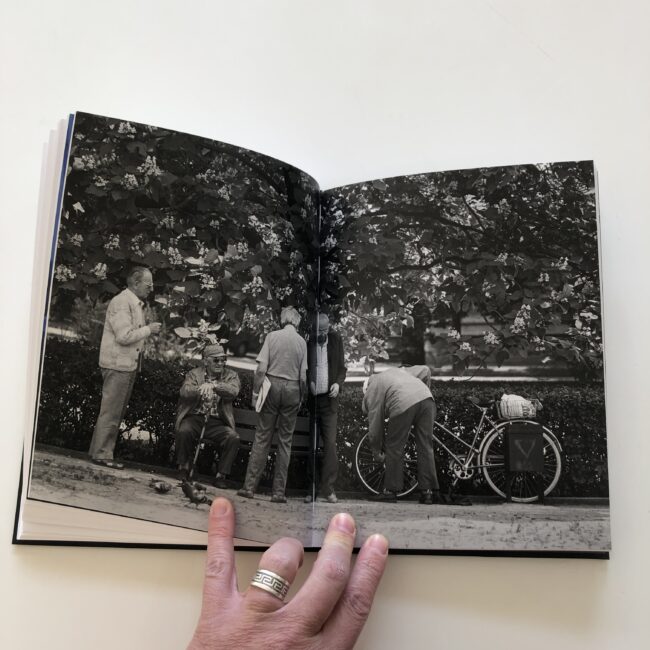 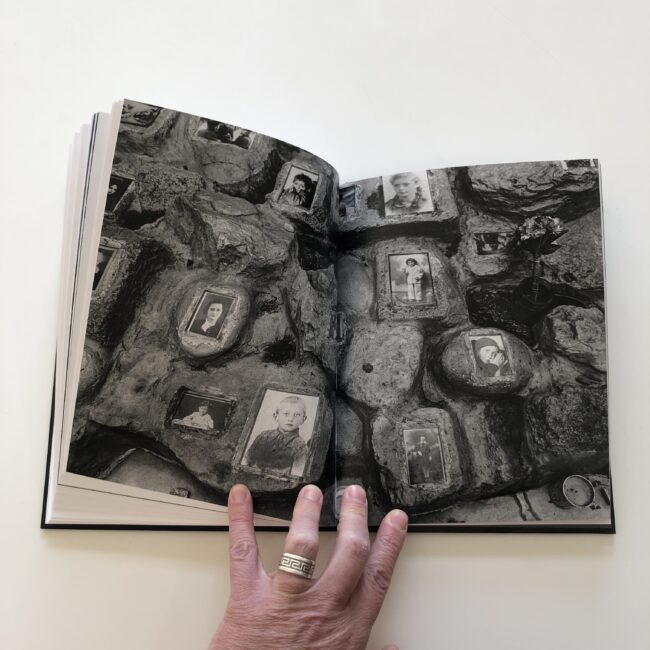 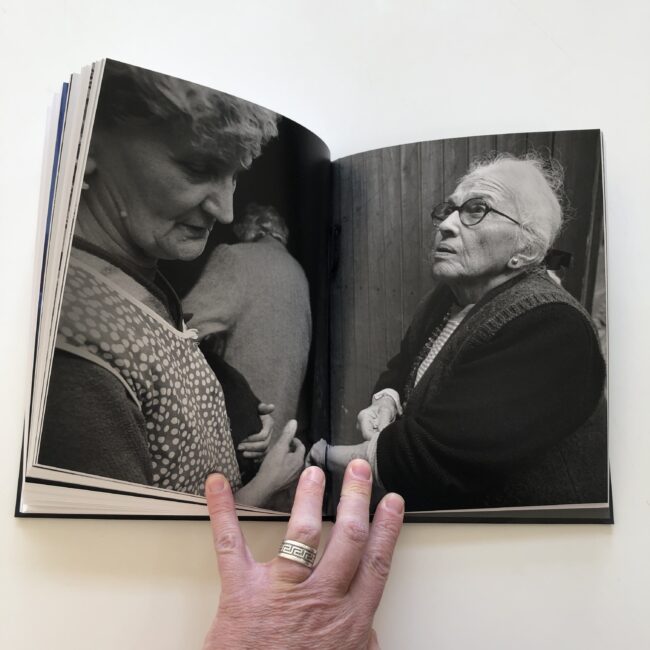 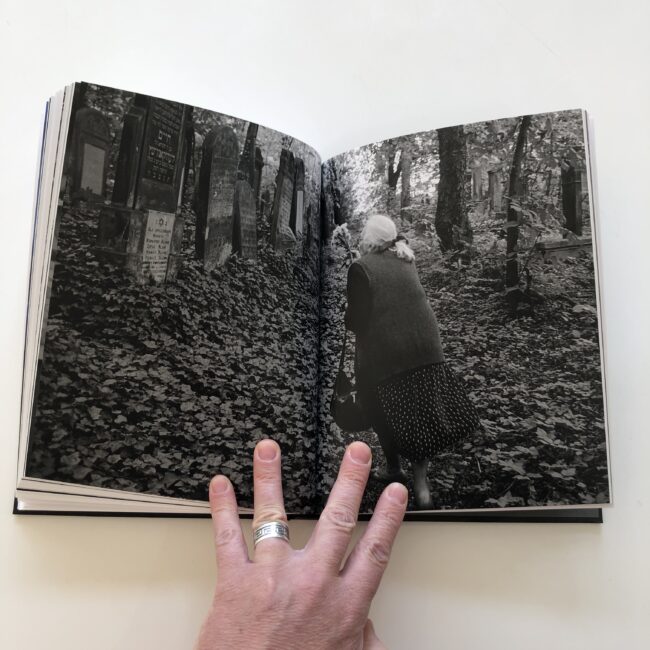 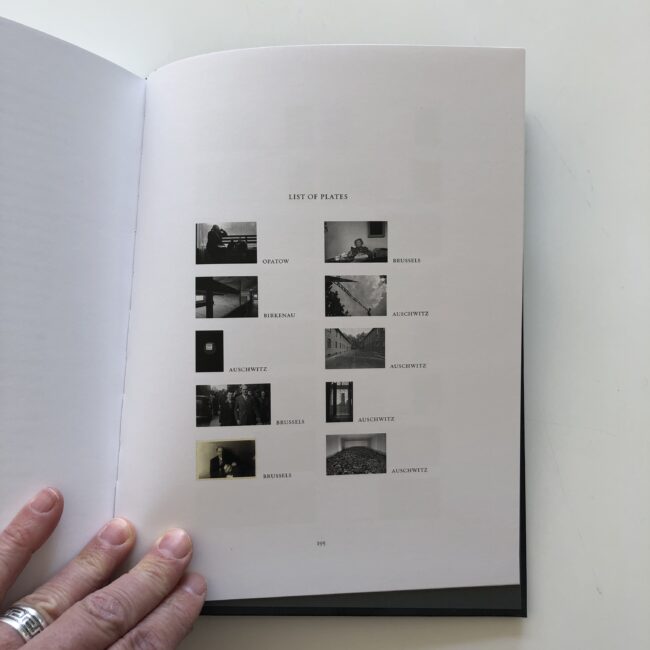 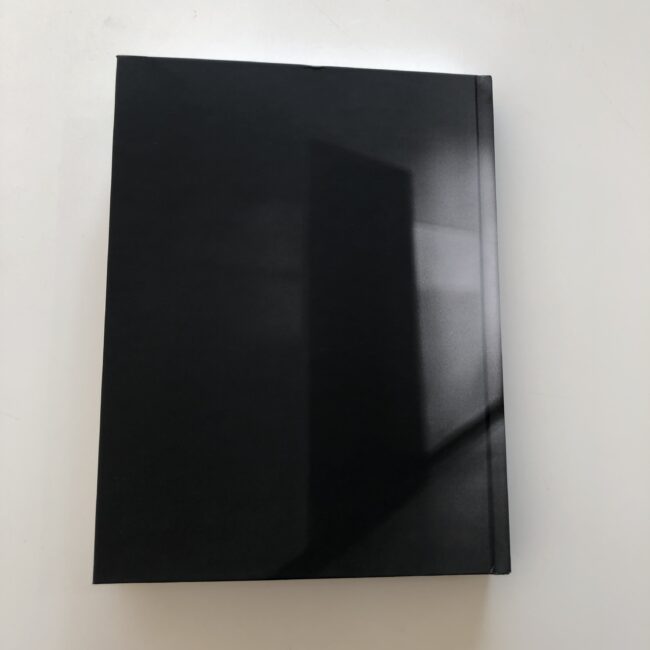 Original article: This Week in Photography: Love in Wartime.