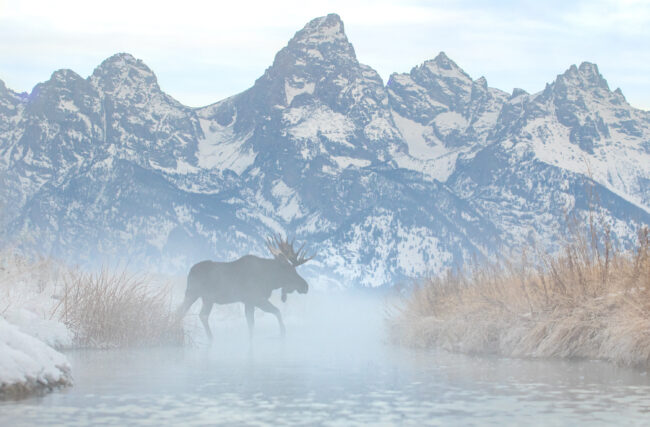 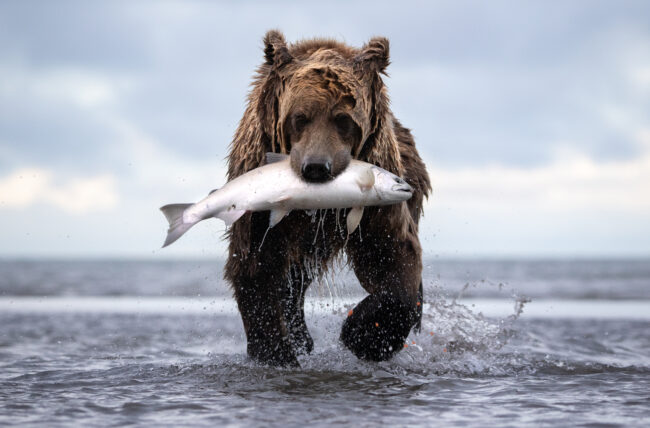 Heidi: How does nature inform your life?
Eric: Nature plays a huge role in my life. I spend a large percentage of my time outdoors and it helps make me who I am. My love for the outdoors started at a young age on fishing trips with my dad. My love of nature helped spur my passion for photography: I wanted to memorialize the experiences. I have now traveled all over the world not just for photography and fishing, but also to hike, camp, ski and so many other activities I have learned to love over the years. I have maintained friendships through these travels, and met new people. In today’s world, I think it’s easy to lose our connection to nature. When I go for a long period without being in the field, I start to feel like something is missing.

Have you become more patient?
Growing up as an avid fisherman, patience is the key to success. So I have always considered myself patient (although my girlfriend and mom might not agree with that statement). But as my career in photography has progressed, my patience has been tested more than I ever thought possible. I have spent countless hours lying in ditches, streams, snow and mud at both frigid and scorching hot temperatures. I have spent days trying to photograph an animal without ever even seeing it. And as I’ve honed my craft, I am constantly striving for more creative and unique images, which requires more time, effort, and of course patience.

You had a significant career shift, when did you know it was the right time to change your life?
Eric: In my previous career I worked in finance for an investment management company. I enjoyed the job but also felt a constant pull toward the outdoors and wildlife photography. I happened upon an ad for a fishing guide position for a remote unnamed lodge in Alaska, and the description seemed all too familiar to me. A few months prior, I visited a lodge in Alaska with some friends. I had the time of my life fishing for salmon and photographing brown bears. I reached out to the owner’s son, who I had come to know well at the lodge during my trip. He confirmed the position, and I knew I had to pursue it. After a relatively short phone interview, he told me to, “Come on up for the season and we’ll see how it goes.” I knew this was a once in a lifetime opportunity that I couldn’t pass up. My first season up in Alaska changed my life. Guiding allowed me to share my passions for fishing and photography with others, and every day is an amazing experience.

Tell us the backstory about this image with the bear and salmon.
I work as a fly fishing and brown bear viewing guide in Lake Clark National Park, Alaska each summer. The peak time to watch the bears fishing lasts only a few weeks every August. On one rare night off, I knew I wanted to utilize that time to hopefully photograph some bears catching salmon. With a storm approaching over the Cook Inlet and daylight fading, I knew I didn’t have a lot of time. When I got to the river mouth, I found one of my favorite bears, “Sniper,” fishing. We called him Sniper because he was infamous for stealing fish from defenseless cubs. He also happened to be pretty good at catching his own fish, so I was happy to find him. The bears all have unique fishing techniques. Sniper typically sits patiently in the water waiting for a fish to splash. Once the fish gives away its location, he’s off and running through the water to catch it. It didn’t take long for a few salmon to break the water and Sniper was off. He came up empty on his first few attempts. Eventually, I saw a fish splash right in front of me. Sniper did too. He sprinted after it, the once serene river now in chaos as the salmon swam for its life. Within seconds Sniper covered nearly 40 yards and was on the salmon’s tail. He dove head first into the water.  From behind the camera, I hoped this attempt was a success. All the elements of a great shot were aligned, I just needed Sniper to get the salmon. The water cleared, and Sniper emerged with a fresh salmon between his teeth. The salmon released her eggs into the river as a last ditch effort to procreate. As he turned and walked directly towards me, I held down the camera’s trigger. Sniper kept walking my direction with his eyes locked on mine. Unbothered by my presence and focused on his dinner, he plopped down about 15 feet in front of where I was lying to eat. In a matter of minutes the 5 pound salmon was devoured. As he got up and walked back to the river, I took a quick peek at the photos and knew I had gotten the shot I had always imagined.

Are you taking images alone out the great outdoors?
When I’m not guiding, I usually find myself taking images alone. I don’t have many friends who are willing to do the same hike twice just to capture the best possible light, or to lay in the snow waiting for a moose to stand up. Its fine with me though, I actually prefer to be alone when I’m out photographing. It allows me to connect more with nature and I overall feel more relaxed and creative.

Have you had any encounters that were magical and frightening?
I’ve had a few encounters that got my blood pumping. Most of those instances have involved bears running out from the woods when I’m fishing. None of them have been threatening, just a bear thinking the fish I have is an easy meal. It still is nerve wracking though to be surprised by a 500 pound bear running through the water directly at you. I was also bluff charged by a moose a few years ago when it thought I was a rival bull. It stopped after a few yards, and I happily took the hint and moved on. The most magical encounter I’ve had happened my first year guiding in Alaska. Late one evening, I was on the beach heading back to the lodge with another guide, Megan. The sun had just set and the water was perfectly calm. As we cruised along in the ATV we noticed a wolf watching us from a sandy bank above the high tide line. We immediately turned off the ATV and slowly sat down in the sand. The wolf didn’t seem threatened by our presence; he simply sat there watching us.  Curiosity took over after mere minutes, and it trotted down to check us out. It slowly circled us, each time getting a little closer. My heart was beating so fast I could feel it pounding in my chest. When it was no more than 20 feet away it plopped down in the sand and continued to stare back at us. Neither of us moved a muscle. We didn’t want to frighten the wolf and end the experience. When I thought it couldn’t get any better, the wolf picked up a stick and started to play with it. It tossed it in the air just like my neighbors golden retriever would do in the backyard. After 20 minutes the wolf must have gotten bored with us and it walked away, disappearing into the tall grass.

Time is the one thing that we all share and most of us wish we had more of. I always try to make the most of my time and overall that leads me to have a pace of life that I would consider as “full”. I want to experience as much as I can and try to spend each day like it could be my last. When it comes to capturing certain photos, the normal time of everyday life essentially comes to a halt. I’ll spend countless hours waiting in the field in order to capture the photo I’ve imagined. I wouldn’t have it any other way.

What spoke to you about this image?
Most of my favorite photos start off as ideas in my head and are then followed by a lot of time, effort, and a little bit of luck to capture them. I had been guiding in Alaska for three years prior to capturing this photo, so this specific image has been haunting me for a long time. I’ve captured a few that were close but there were always one or two elements that were missing, like lack of eye contact with the bear. I chose this photo for the Field Outrider contest because it finally checked all the boxes for the image I had imagined in my head.  A bear with a freshly caught salmon, walking directly towards me in some great light.