Personal projects have always been an important part of my career as a photographer. I’ve been lucky enough to have found some success from previous projects where they have been published in coffee table books, magazine articles and presented in print in various venues. The importance of personal work for me lies in the fact that unlike my commercial work the vision is completely my own. It’s also been a place for me to challenge myself. I love to have many options for lighting in my “bag of tricks,” and often it’s personal work that allows me the freedom to try new ideas out.

I’ve always been fascinated by motorcycles, although I’ve actually never rode one…yet. Sure, I’ve been on scooters and mopeds, but never have I experienced the thrill of the open road on one of these two-wheeled beasts. Personally, I tend to be drawn to the classic street bikes from Triumph, Indian and Honda, as well as many custom bikes. Being on the road a lot here in California I see bikes everywhere and thought it might be interesting to make photographs of the riders. I have been shooting the bikes as well, but it’s the riders that take center stage.

I photographed my first subject, Cortni Joyner, an actress I have shot several times here in Los Angeles on March 11, just before the Stay-At-Home orders were placed. I was crushed. The pictures were exactly what I wanted to make, and now I am handcuffed. Of course, I had no idea what was to come of the quarantine, but I began to prepare how I would work once things lifted…little did I know where we’d be still today. Thankfully, my regular workflow was already halfway there as far as being capable in the new normal needs of safe photo shoots. Using a CamRanger 2, I am able to send wireless jpgs to a tablet, computer or cell phone. An added feature allows me to also send near real-time images to a shared folder to anyone with Internet access and permission to that folder. Add all the face coverings, temperature checks, Lysol wipes and safe distance and much of the criteria are met. After about five weeks, I was of course antsy to work. Since LA was still frozen, I began to speak with some other subjects I’d been in touch with about doing a “safe” shoot. We made the necessary precautions and arranged a shoot date.

From a technical standpoint with this project I began with the premise of pushing a new style of lighting that would at a much higher aperture than I normally shoot as I tend to lean toward f7.1 as my go-to and wider apertures for lower depth of field in other cases. Here I am shooting at f20 or f22 in most cases. As an additional challenge, I am creating a studio look in my home. To do so, I am contending with distance limitations, a stairwell, lower ceilings in the “studio,” and furniture of course. I am using Westcott FJ400 Portable Strobes and modifiers, as well as V-Flat World V-Flats along with seamless paper and black velvet. I am shooting on a Canon 5DM4 with a variety of Canon Lenses, the Camranger 2, an iPad, Sekonic Meter, Hoodman Memory Cards and my Spider Holster Pro camera support.

The pandemic has certainly presented challenges as well, and I have been careful to make many precautions before agreeing to a photo shoot. That said, I am using that to also carefully curate the subjects I want to make portraits of, and not just choosing every motorcycle rider I see. Often the choice is made on the bike first, and then if I like the subject’s look, I approach them. Given the current climate, Instagram has been a great tool for this. My second subject was literally found from a random post that appeared on my feed, and I made two new friends as a result.

The most important aspect of MoTo has been to just create. I go nuts when I don’t have time to make images. Keeping my creative mind active is so critical because I am able to control that. So much, as we all are experiencing, is controlling us right now, so I feel it’s imperative to be able to choose a path now. Between shooting and retouching the images I have been able to continue to keep quite busy while the out of my control pieces start (hopefully) to fall back into place/become a new norm of how we will work. 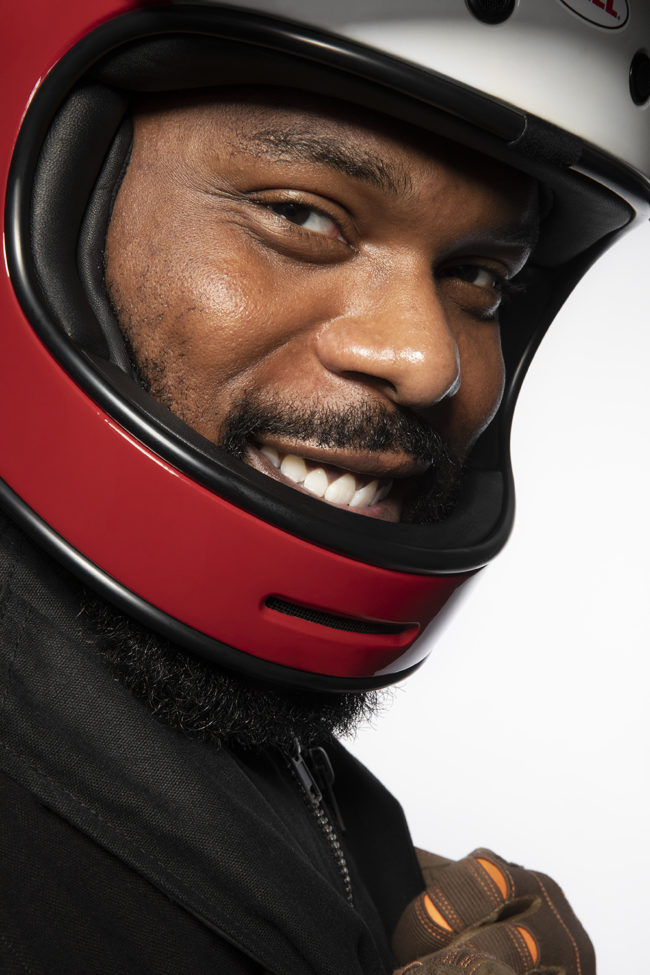 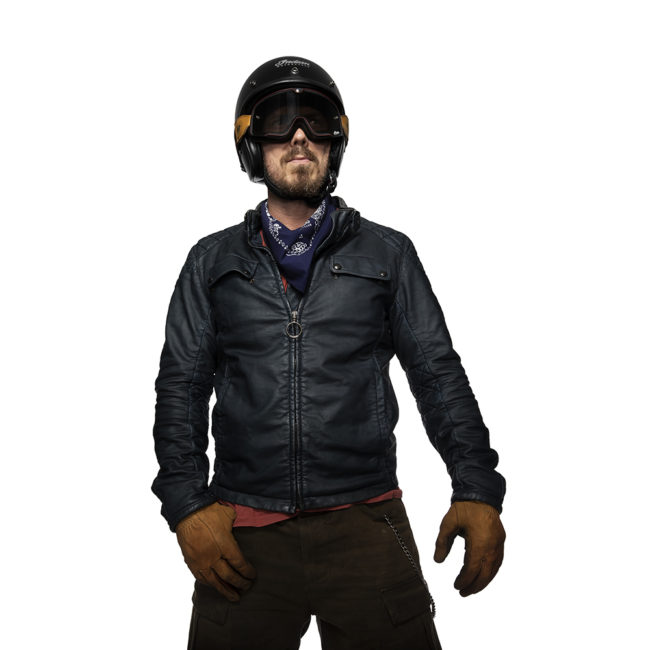 I met Indian Motorcycle rider and Los Angeles Gym Owner Pieter Vodden for the first time during a commercial photo shoot last year. Then ended up at the same gym a few months later for another shoot and saw his bike parked in front of the location. This stuck in my mind so I approached him after I began the series. 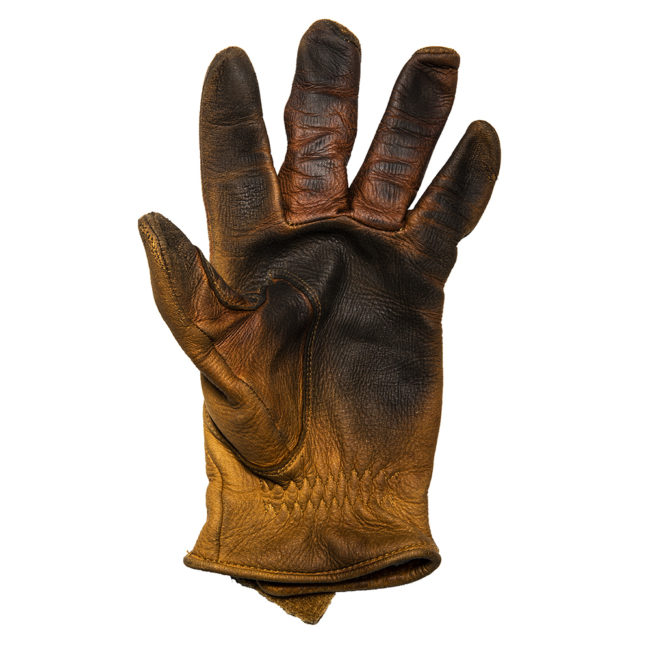 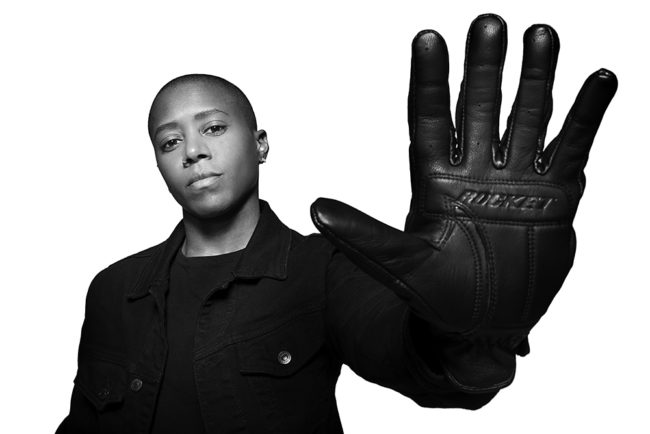 Actress Cortni Joyner (CW’s Into the Dark) was my first subject for MoTo. Thankfully, I had worked with Cortni a couple times so she was comfortable with me establishing the ideas I had scripted before beginning to make these portraits. 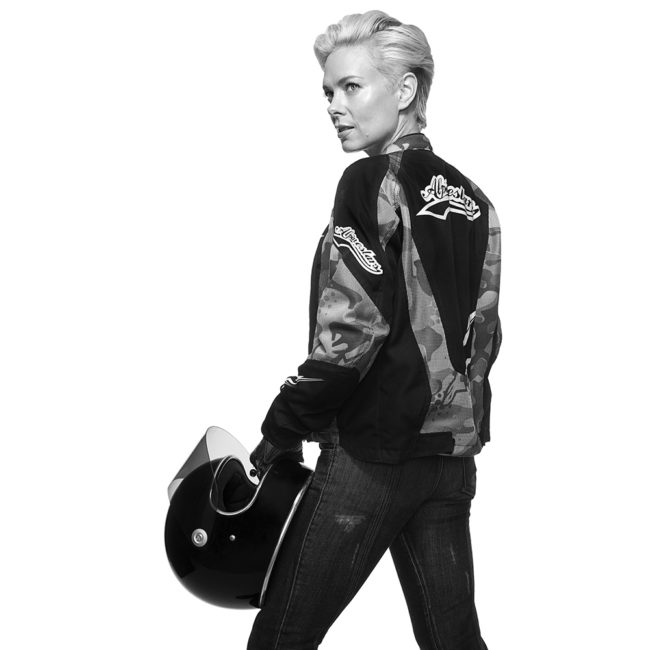 Muscian and Actress Nina Bergman stepped in like someone out of Mad Max. The Danish talent became a connection through her agent who represents many of the fitness athletes I photograph on commercial assignments. 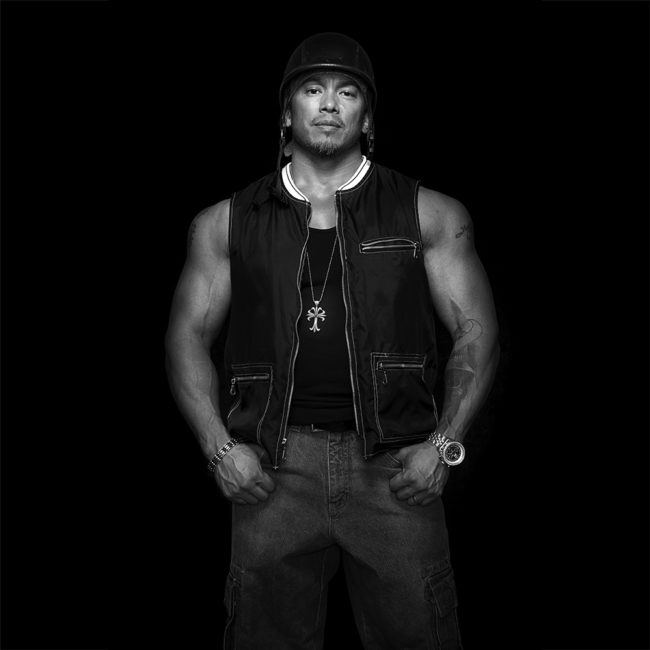 Former BodyBuilder Stan McQuay was one of my first assignments for Muscle & Fitness Magazine in the early 2000s. Thanks to social media we have remained aware of one another. He posted about his new custom show bike and was very happy to ride it over to be a part of my project.

The post The Art of the Personal Project: Ian Spanier appeared first on A Photo Editor.