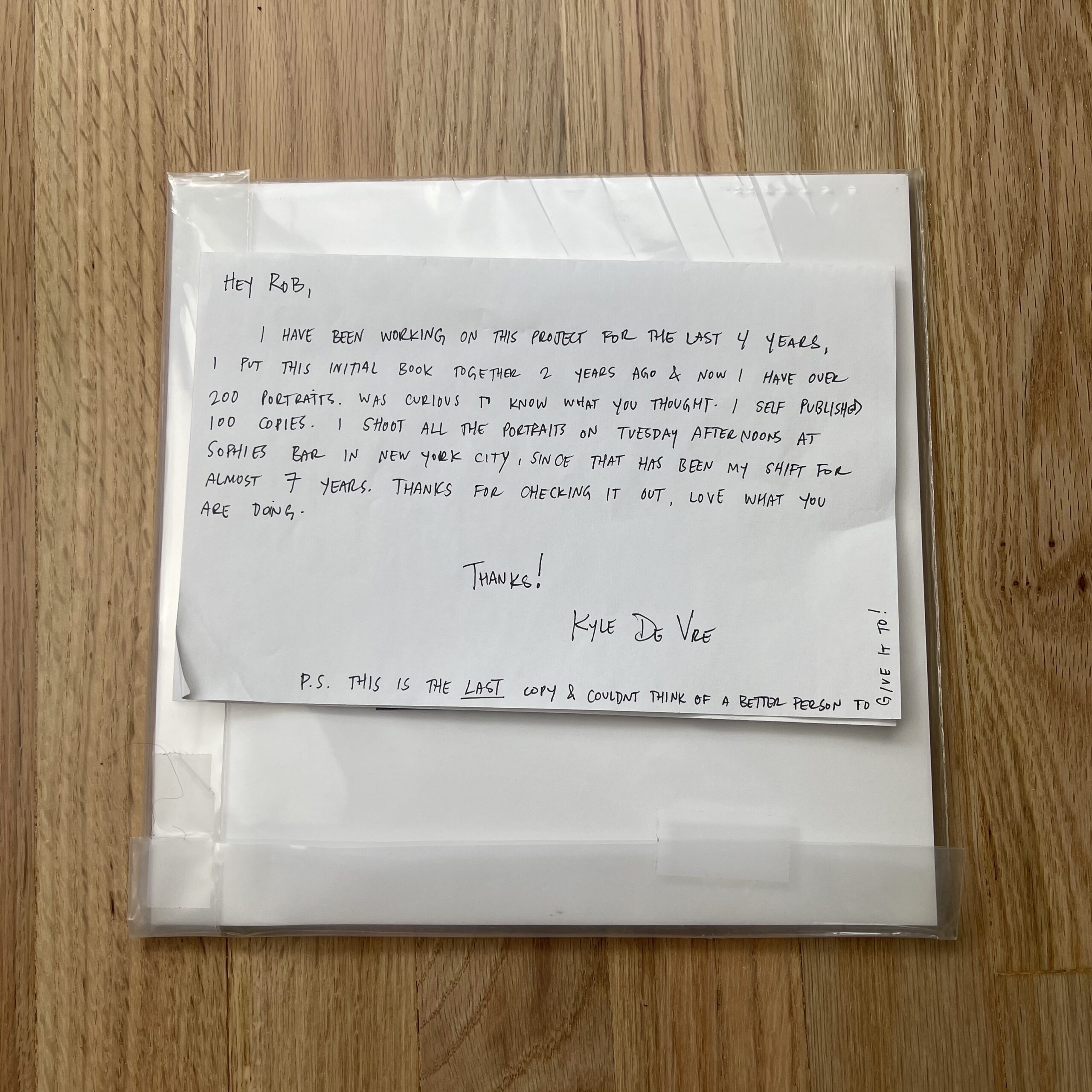 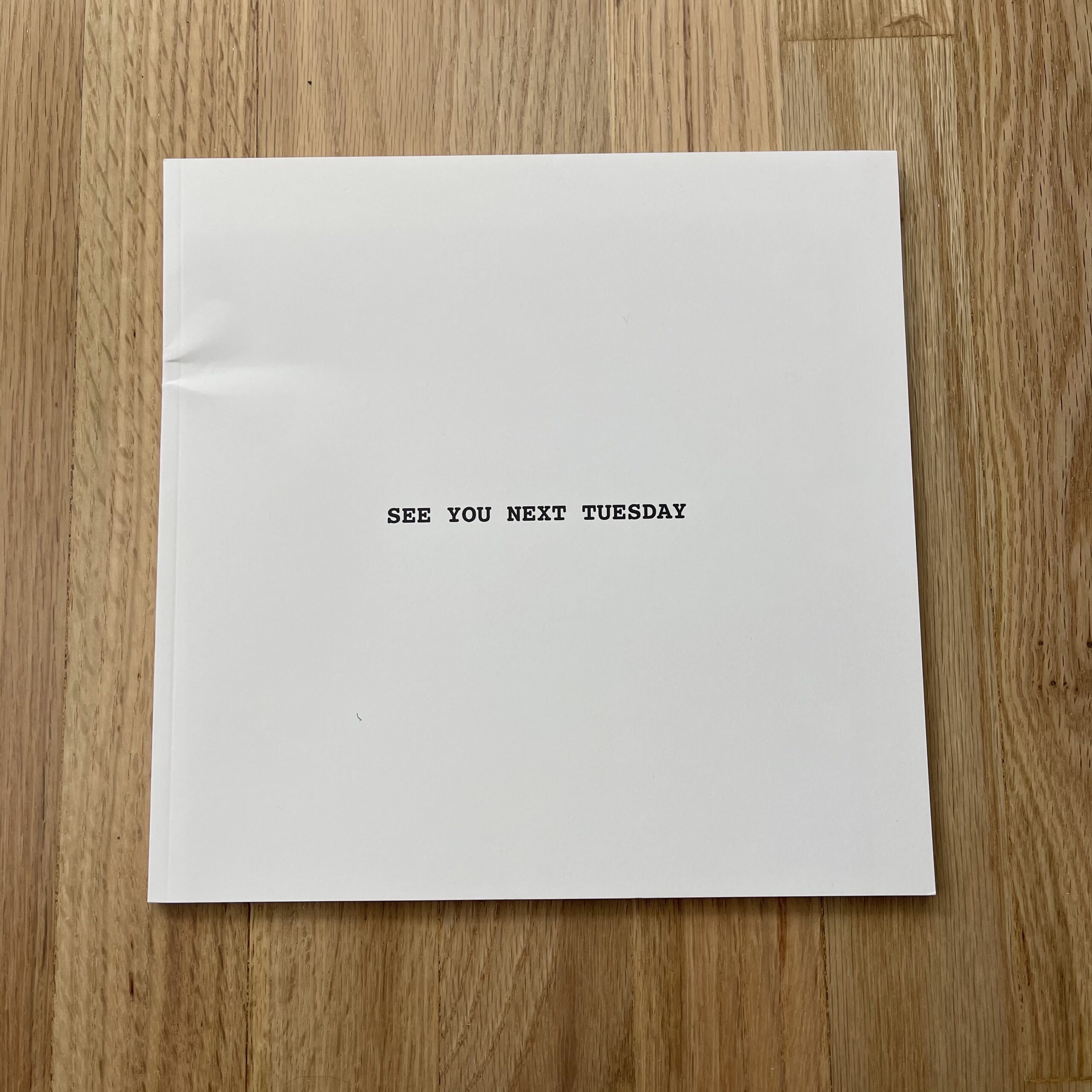 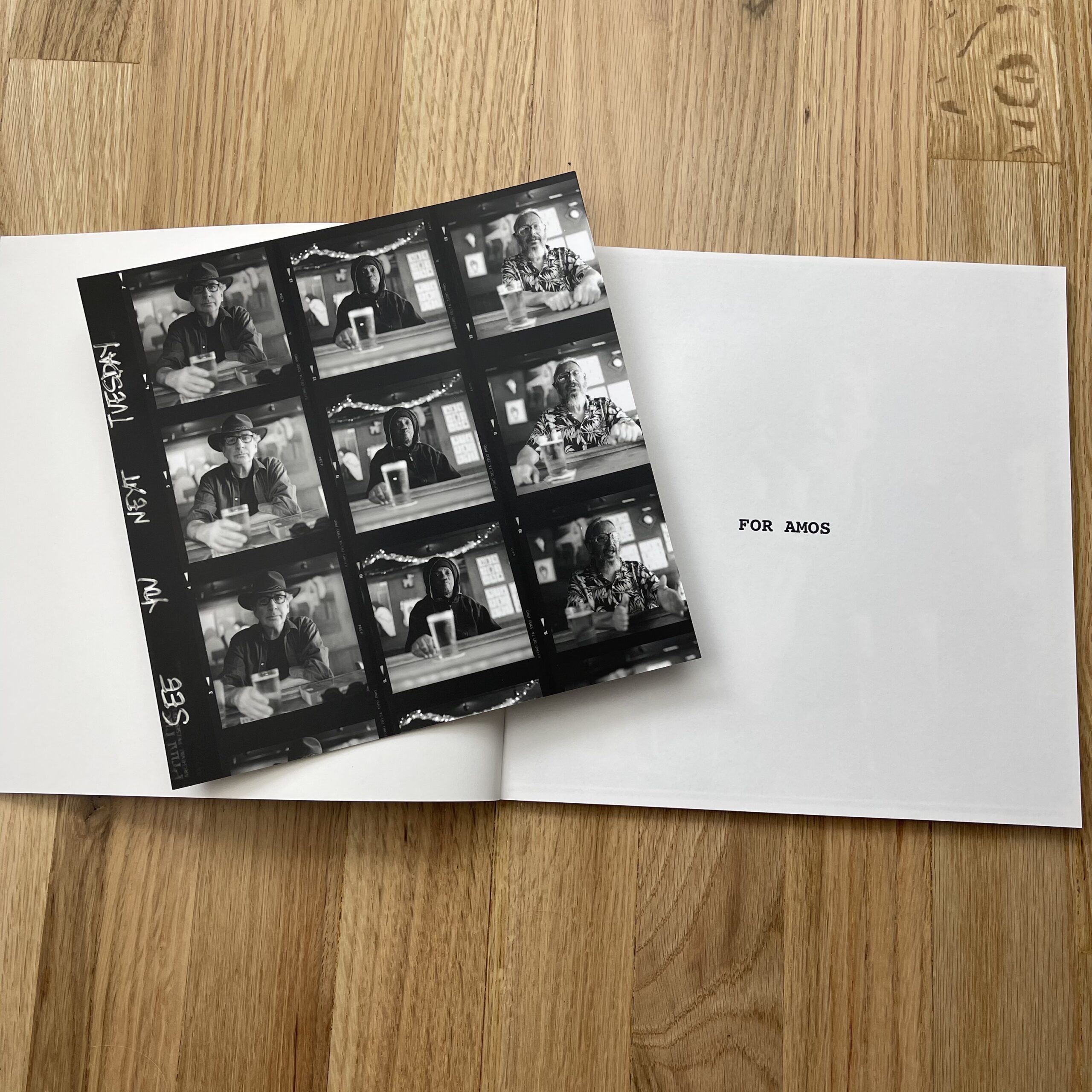 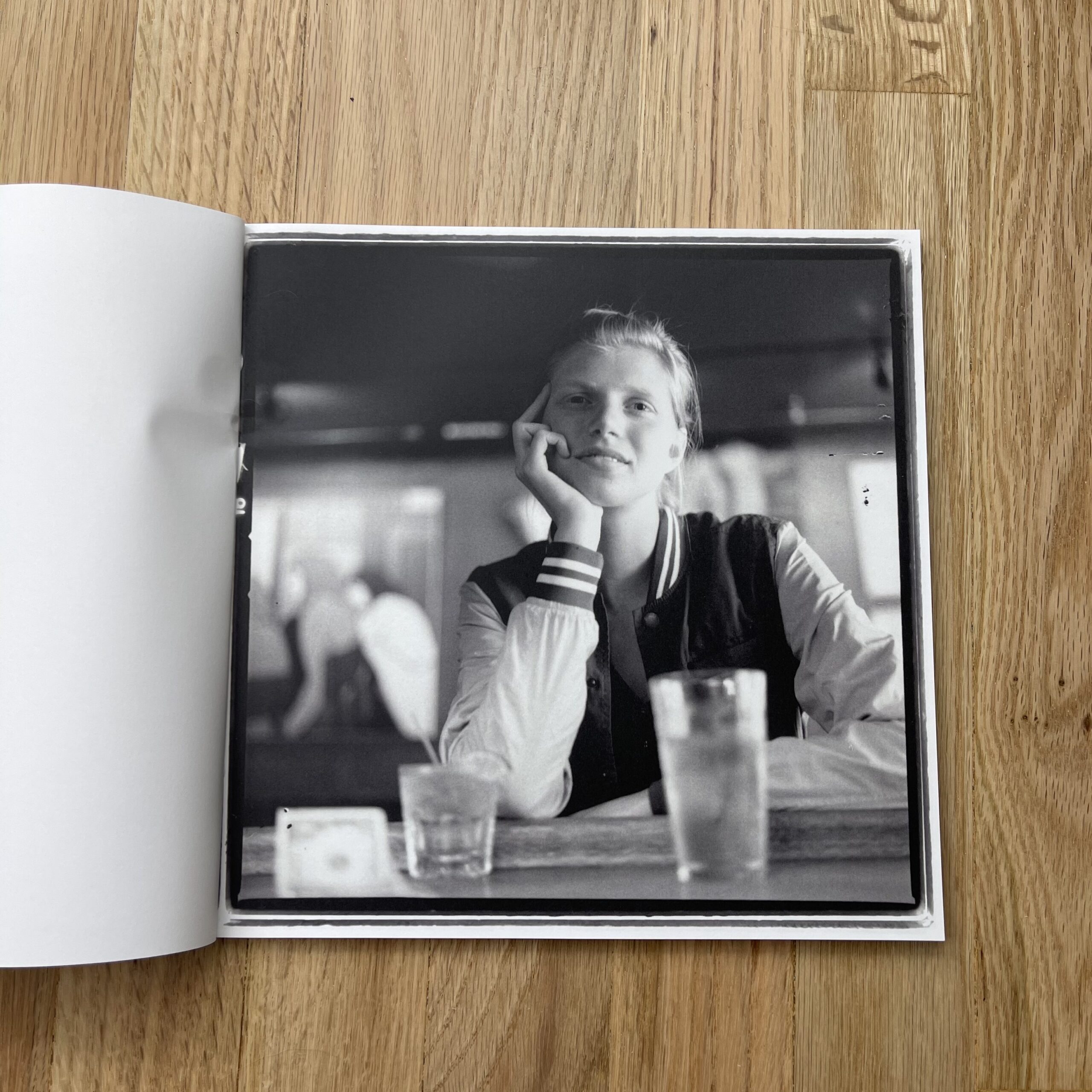 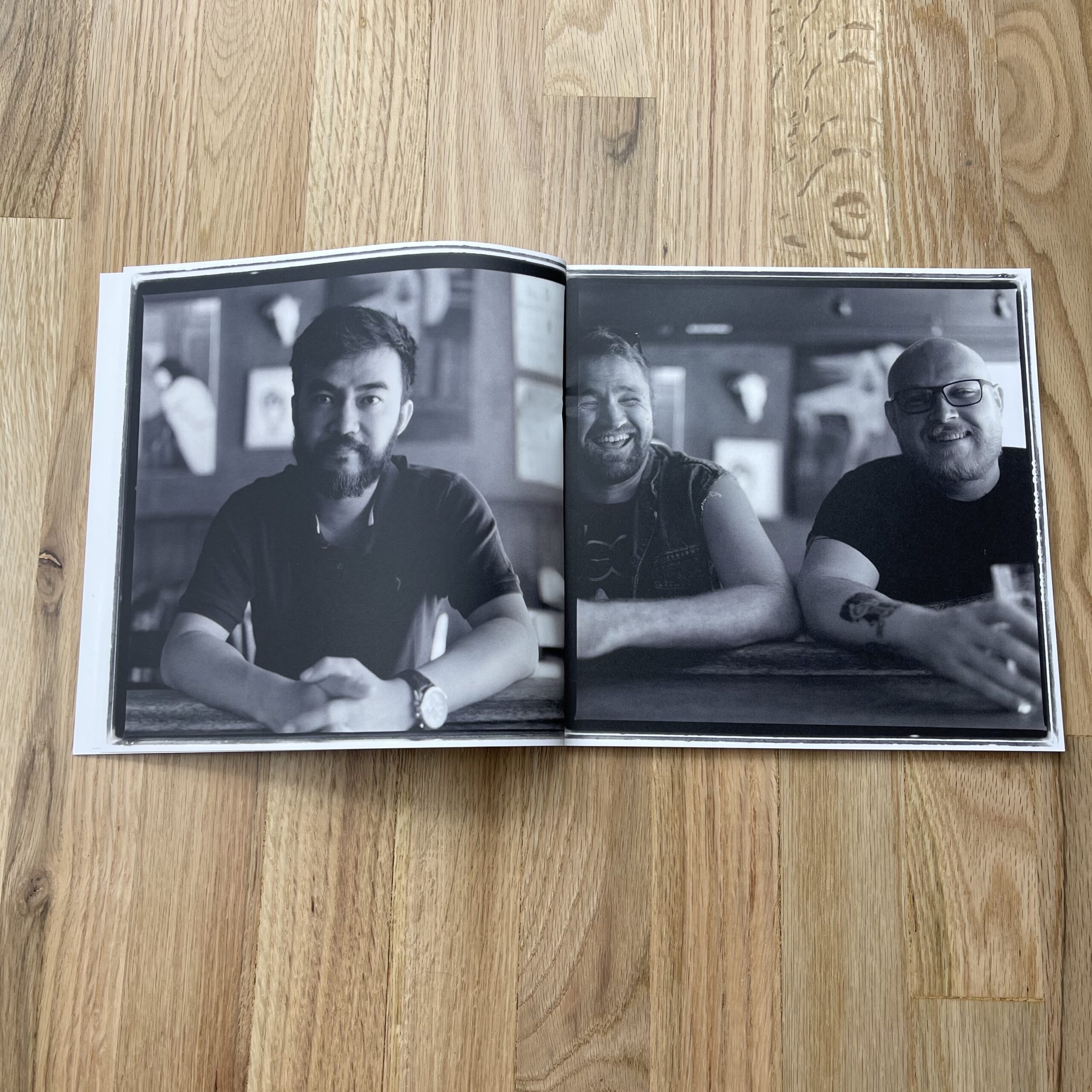 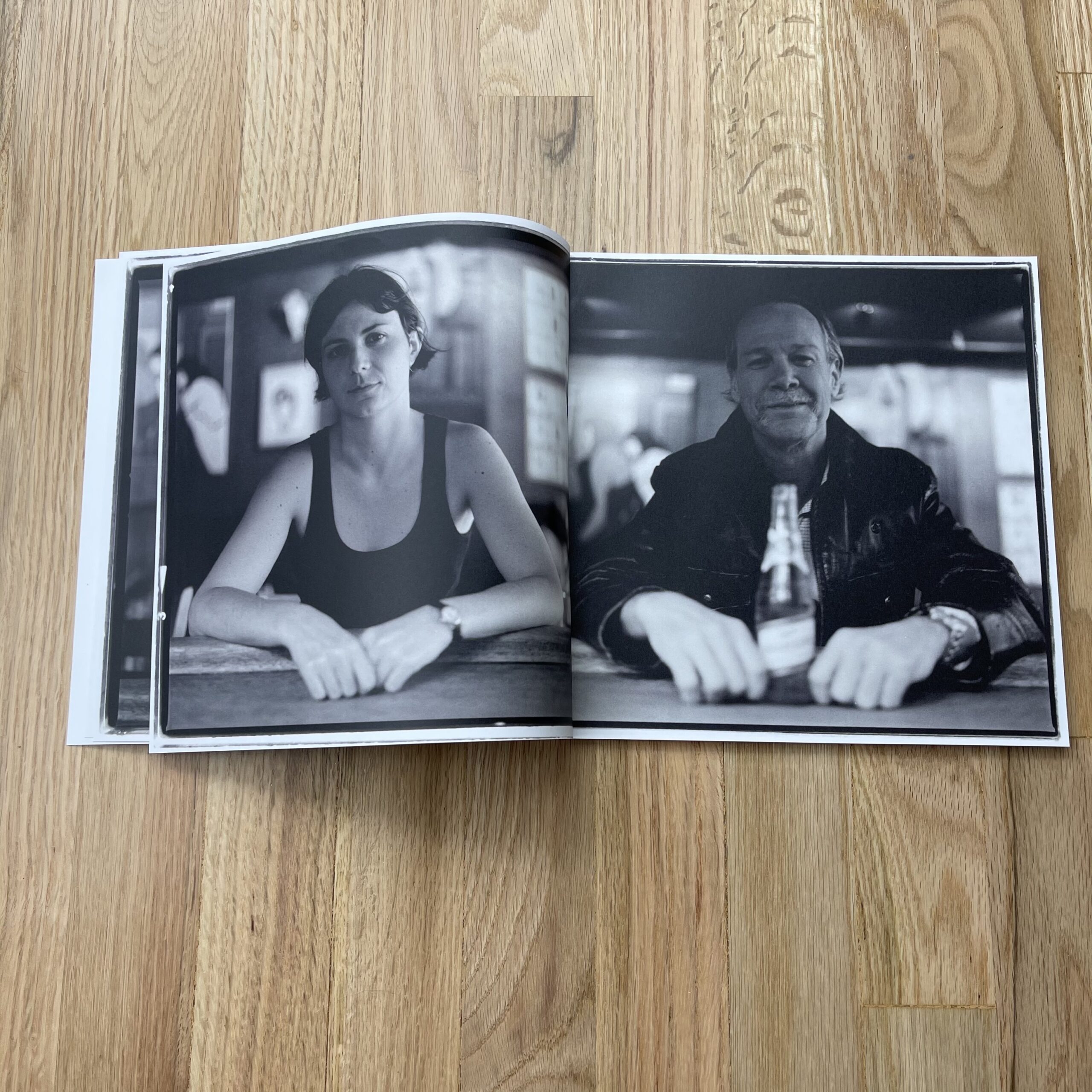 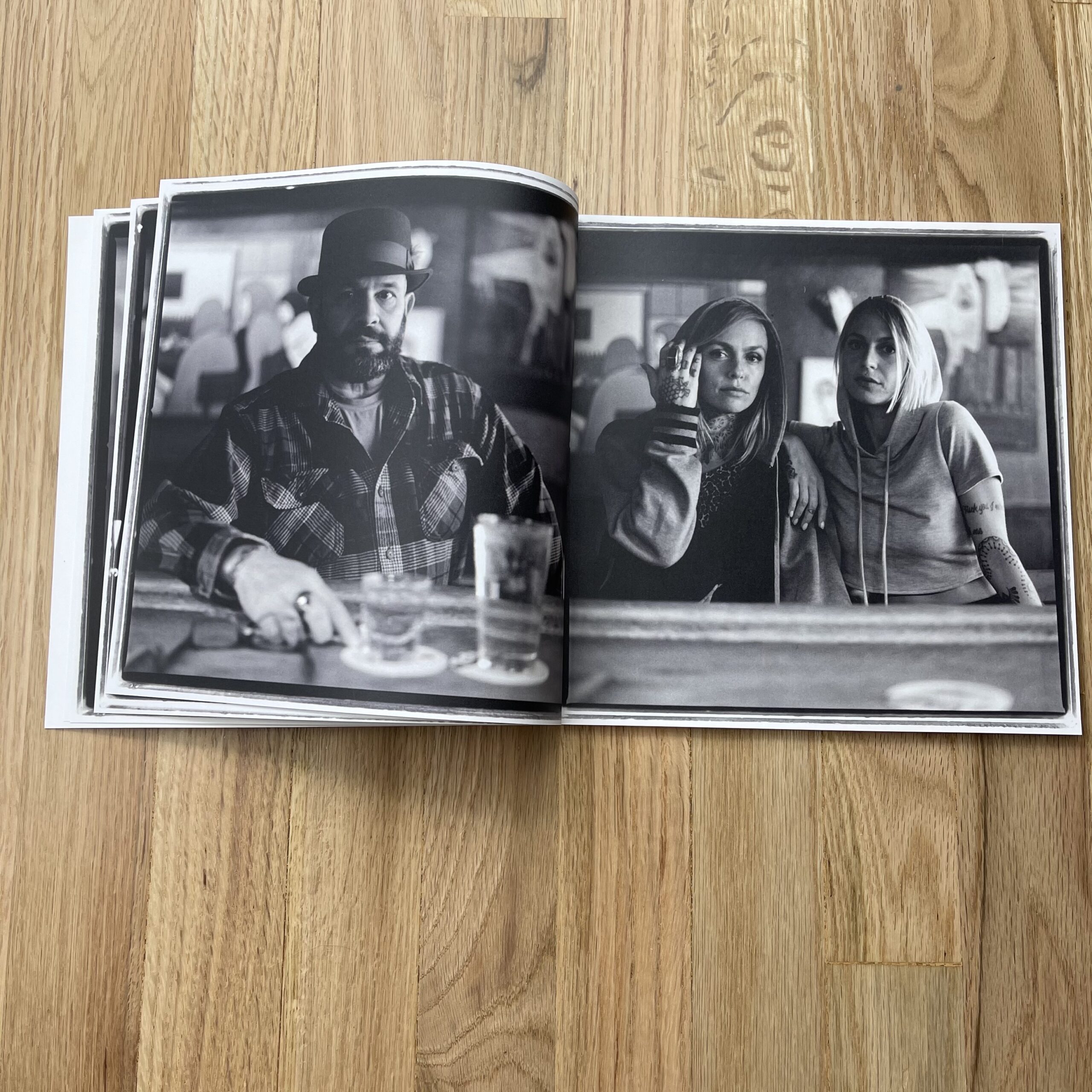 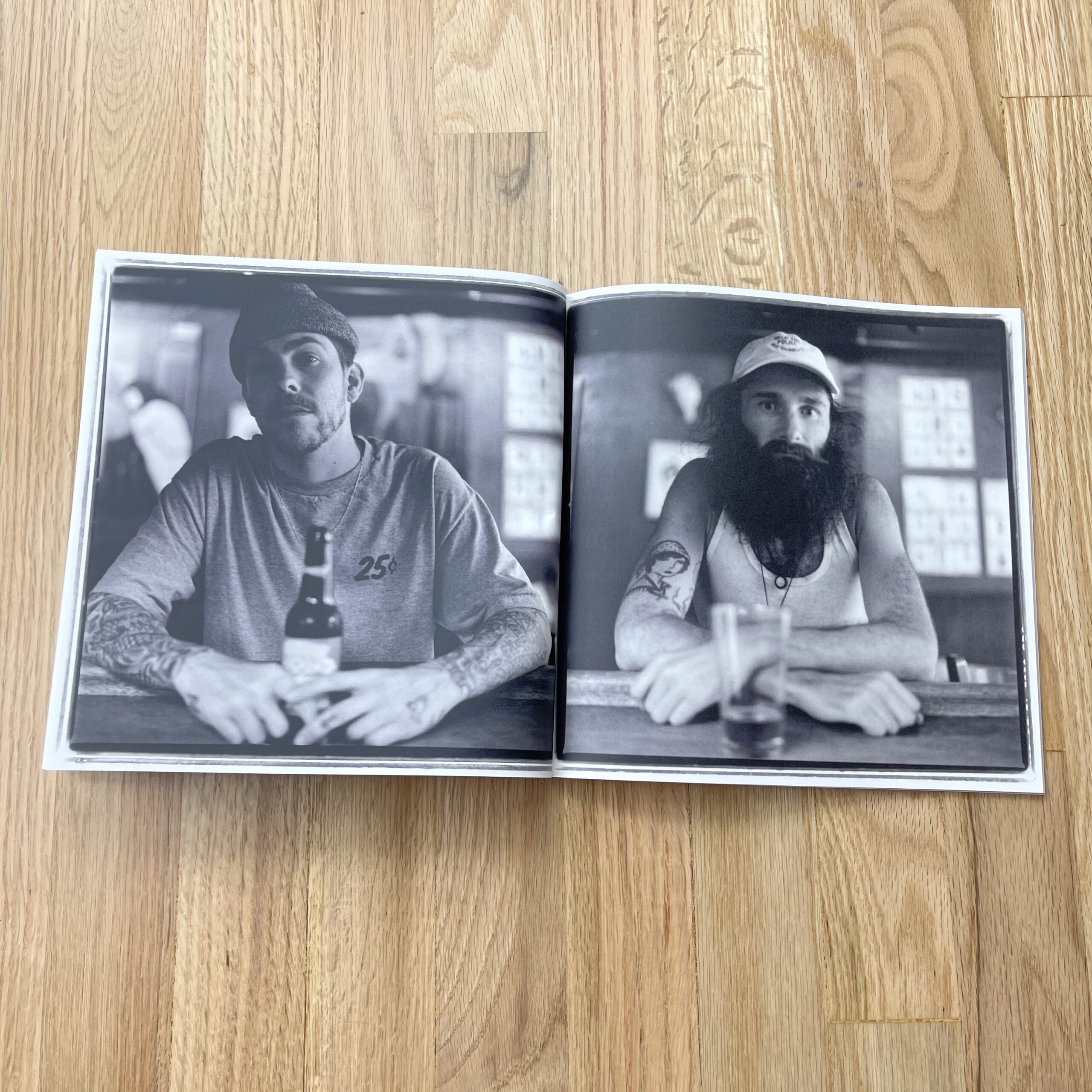 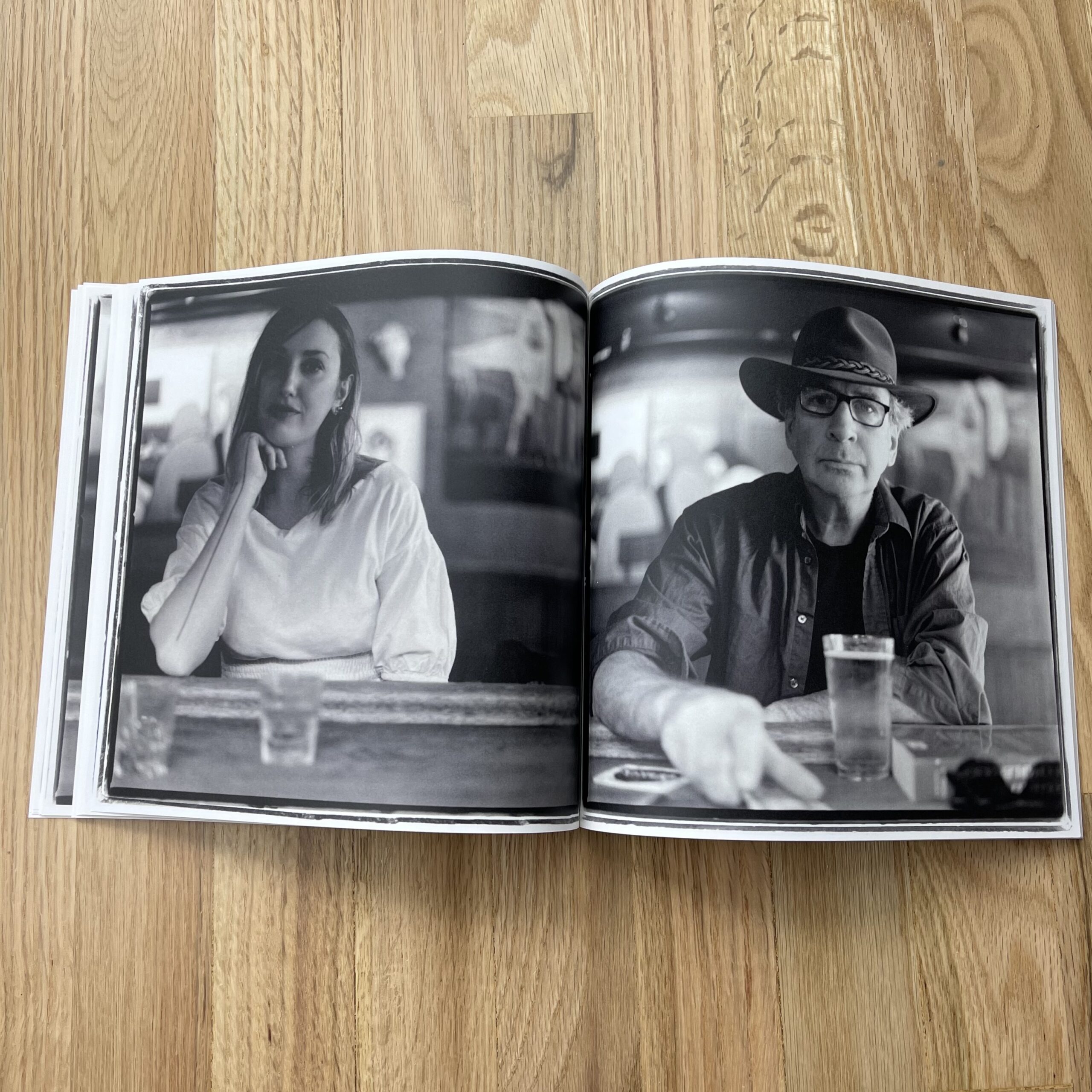 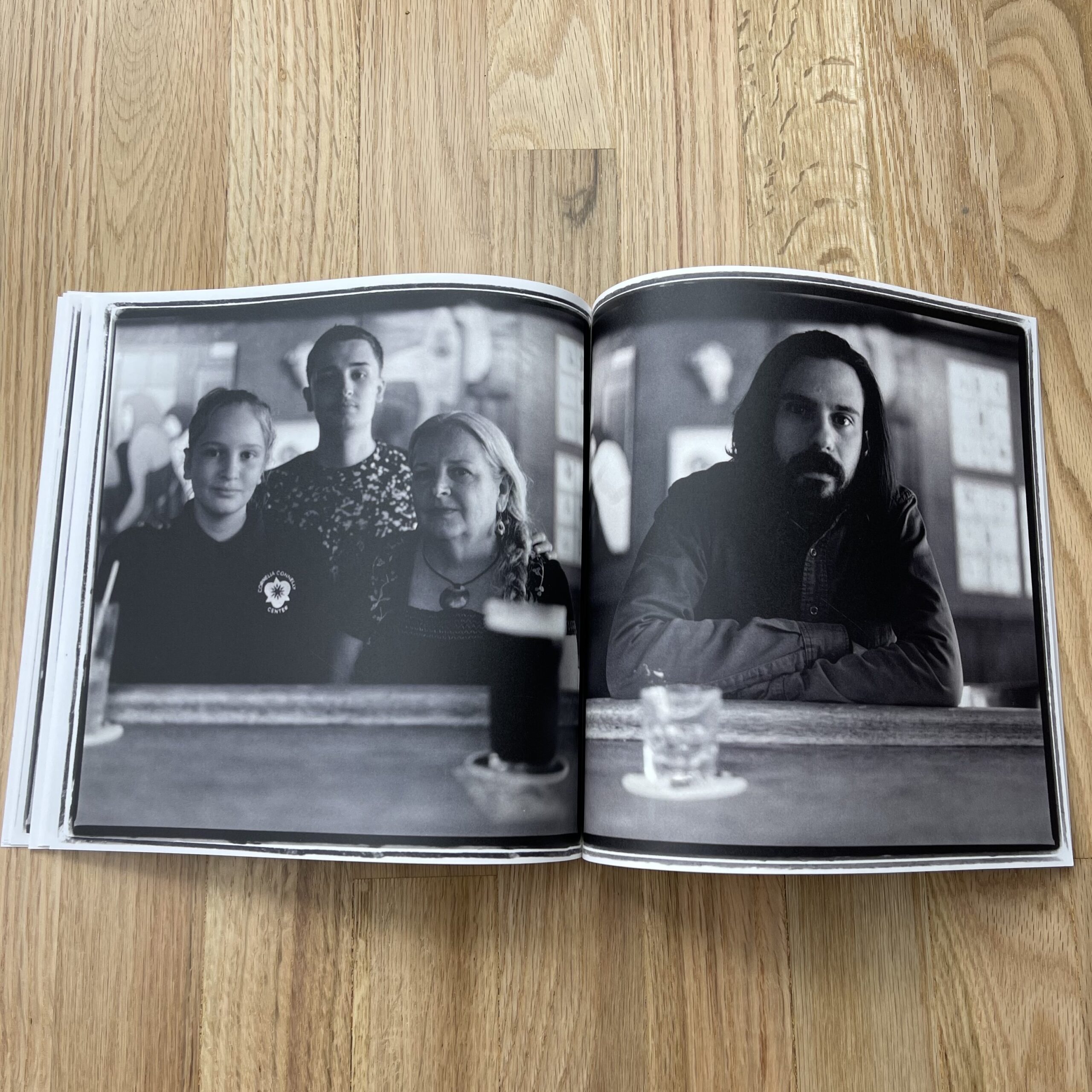 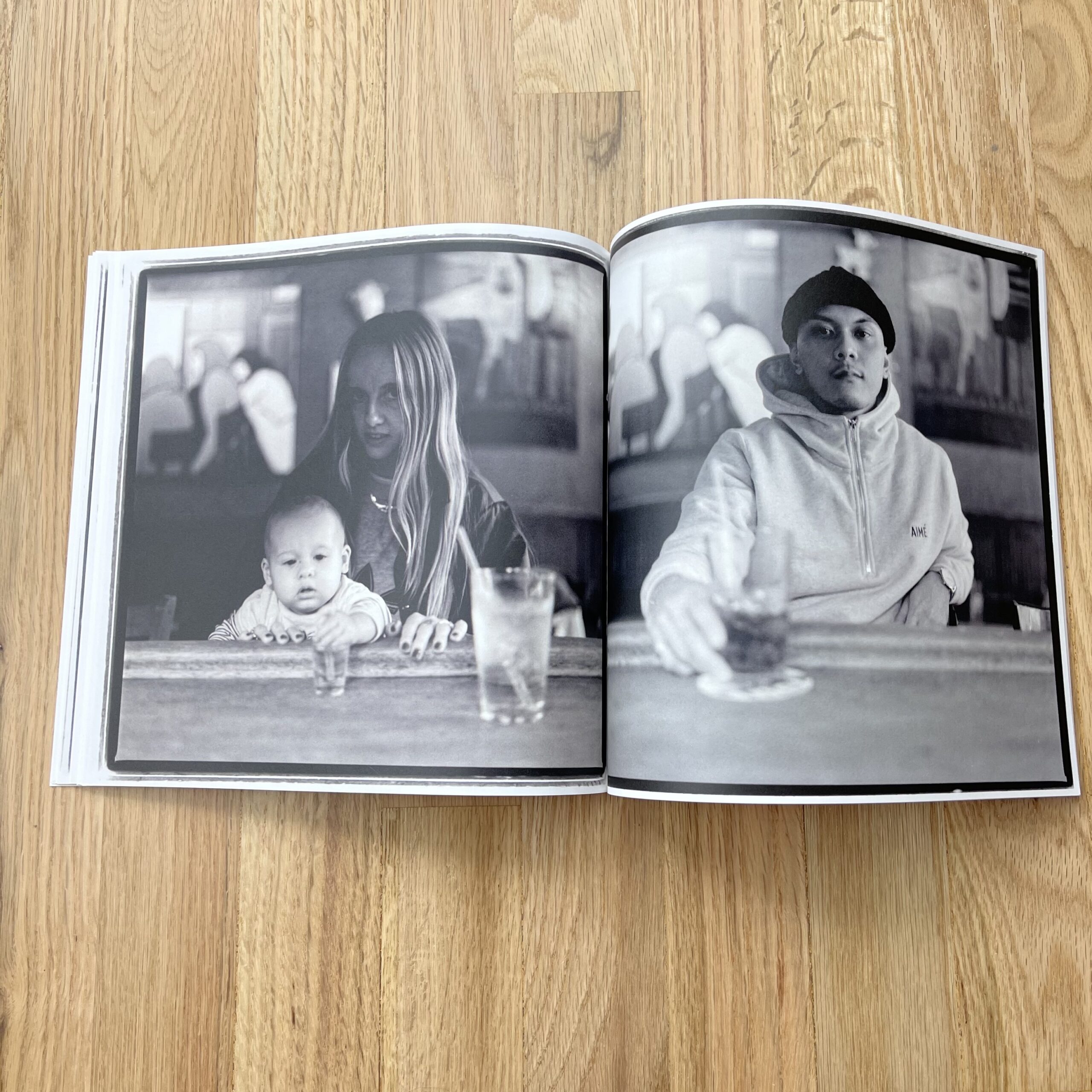 Who printed it and how many did you make?
A company called small editions in new york printed the run of 100 editions. (I did not have a very great experience with them since they ran the 100 copies without showing me a final proof and sliced the images off near the center of the book, and had to reprint everything) The book is technically not a promo but the original run of the book.

Who designed it?
I designed the book with a friend, since he knew InDesign, more than I did at the time. I wanted it to be simple, and about the images and the characters, which is why I chose to go full bleed with no text. Make people curious about the people that were drinking in Sophies Bar on Tuesdays at 3pm, which is when and where I shoot the entirety of the project.

Tell me about the images?
The images are all people I know fairly well, and would ask to come in for portraits. I have stories about each and every one of them, some I met at the bar and became friends of mine, some are co workers, some local neighborhood legends and regulars. I got the idea after I started bringing my camera to the bar every tuesday and shot a portrait of a friend, which is the first photo in the book. I also had a few regulars who I always said “see you next tuesday” to since the only day shift at sophies I worked was Tuesday.

I still need to shoot a few more portraits, but I am planning to put all the images together into a hardcover book with all the images from the original book i sent you in the near future.  I shoot it all on delta 3200 film with a hasselblad 501cm and I process and print all the images myself in the darkroom and scan the prints.