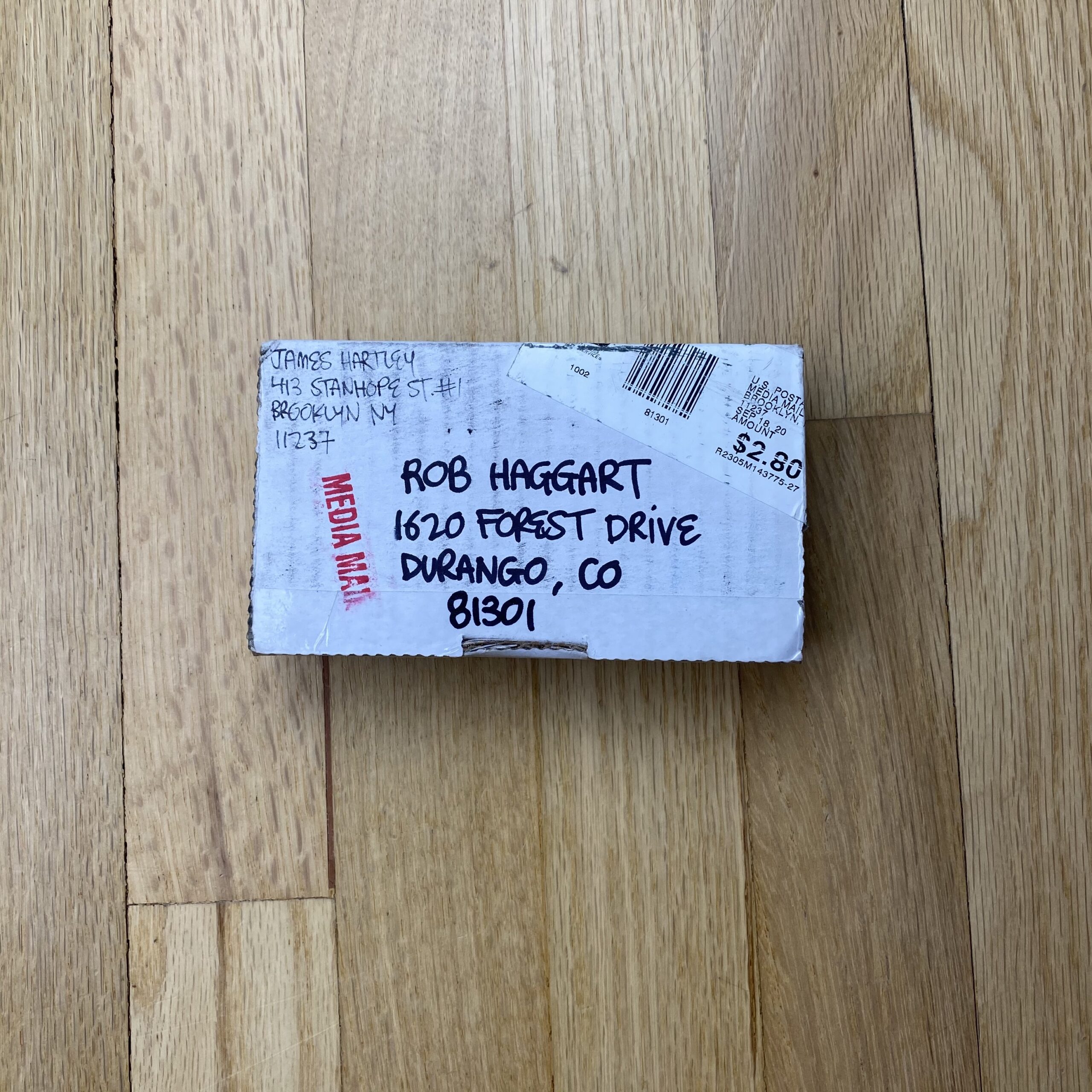 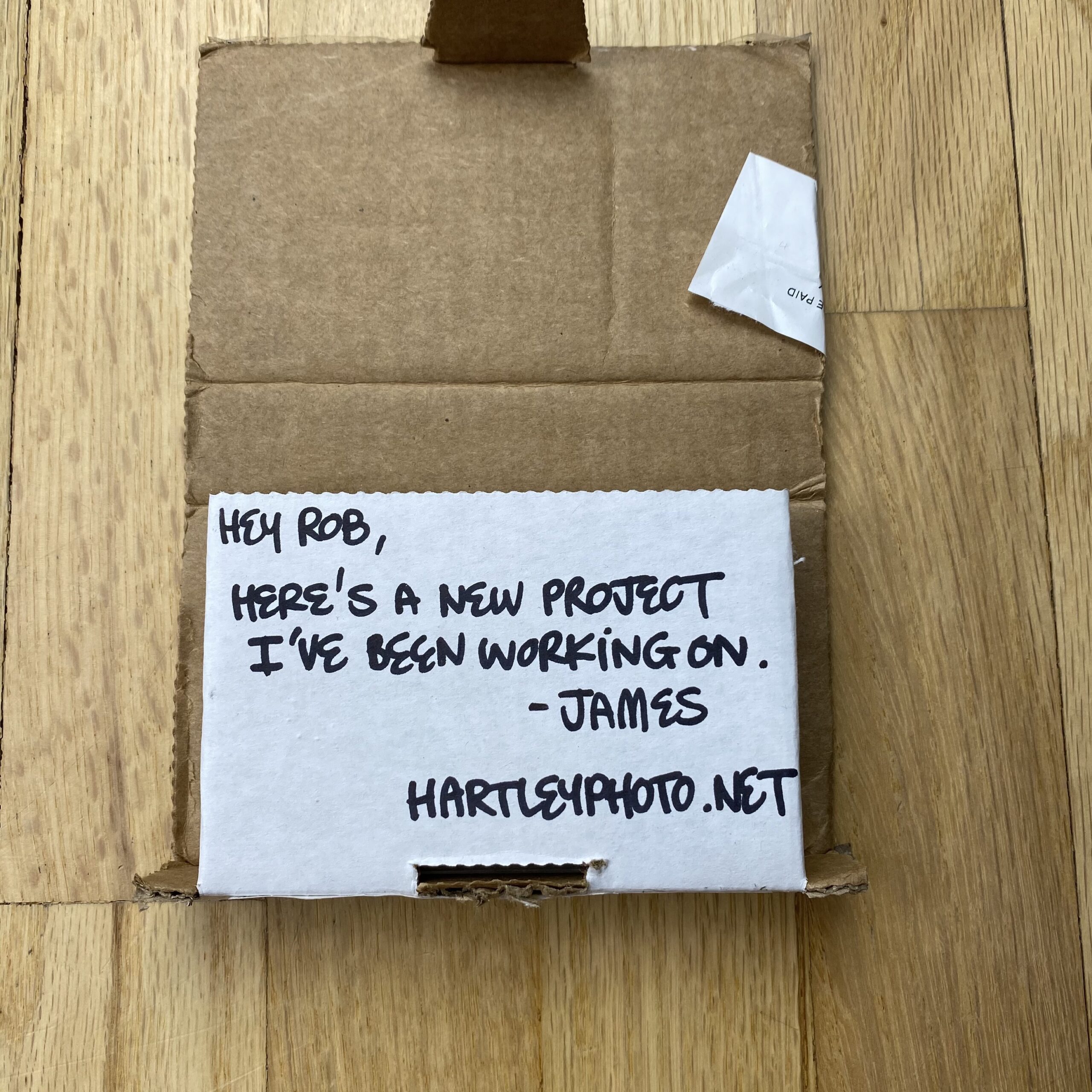 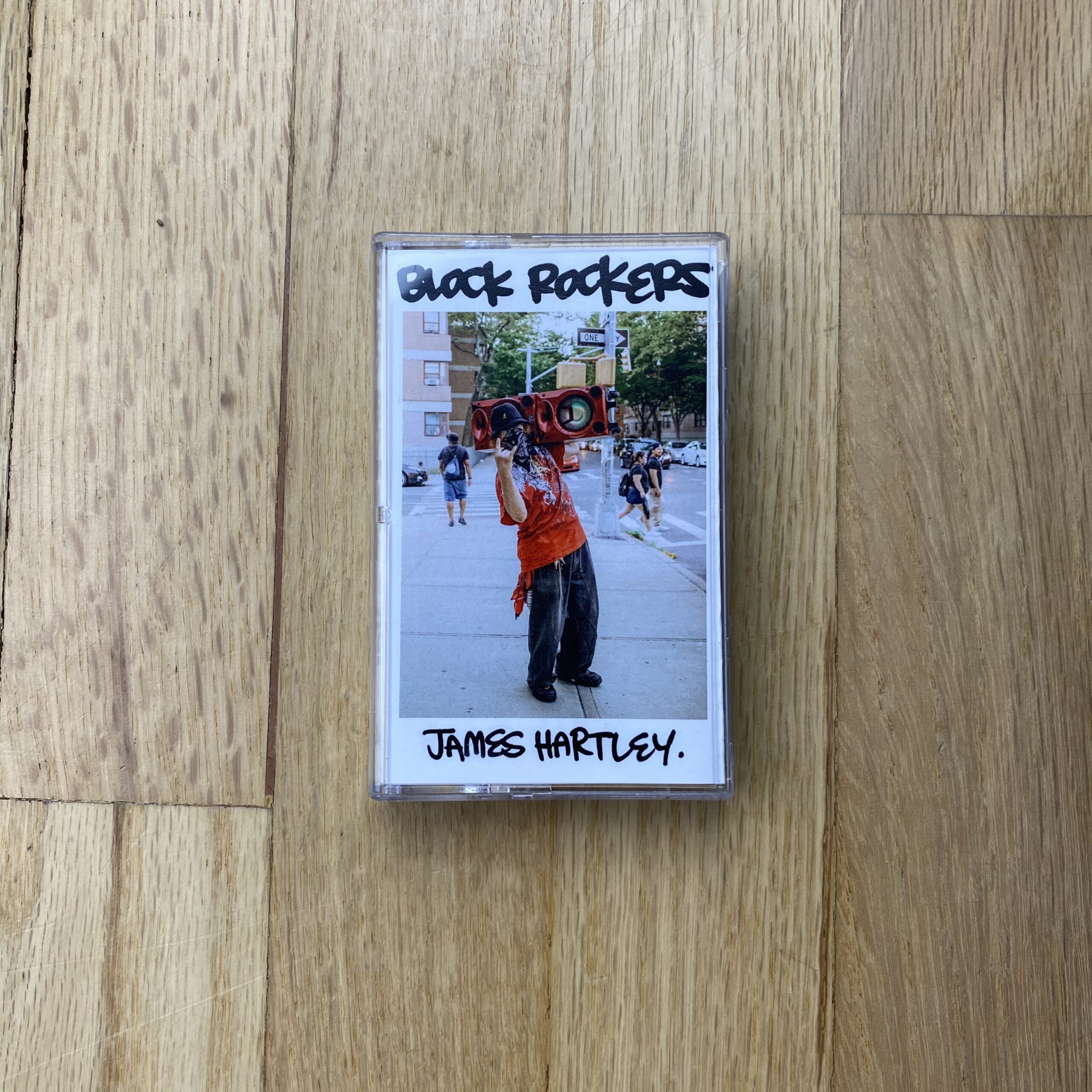 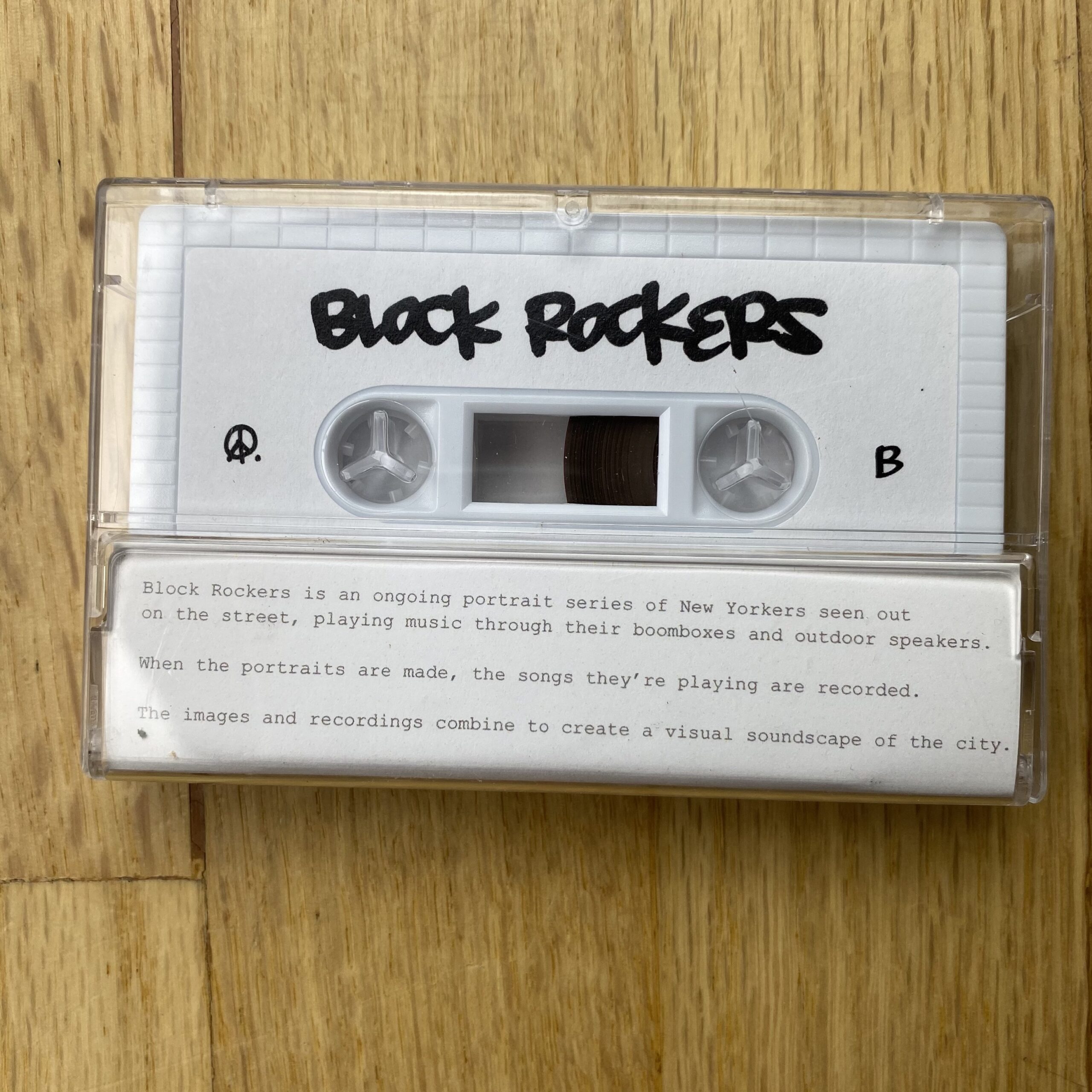 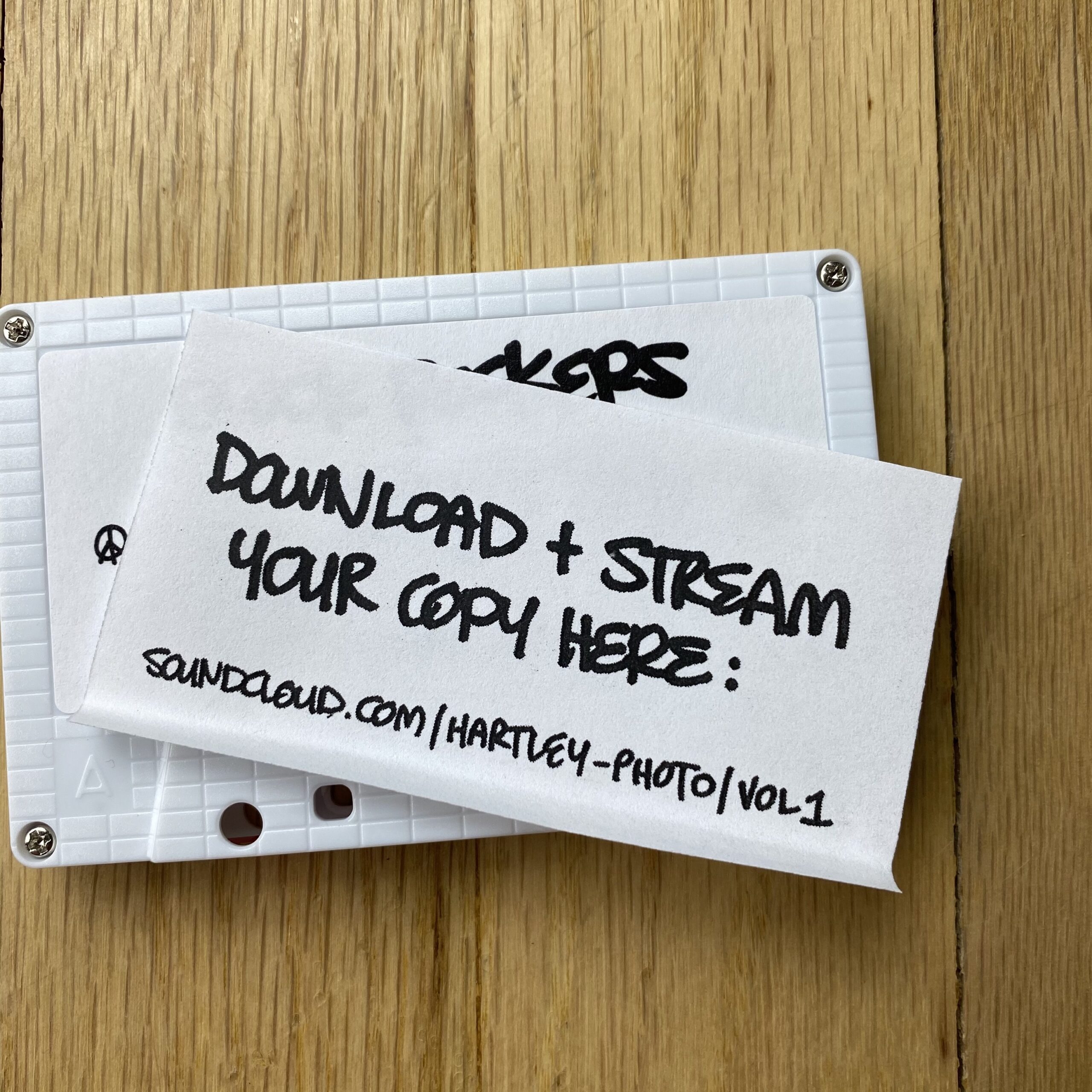 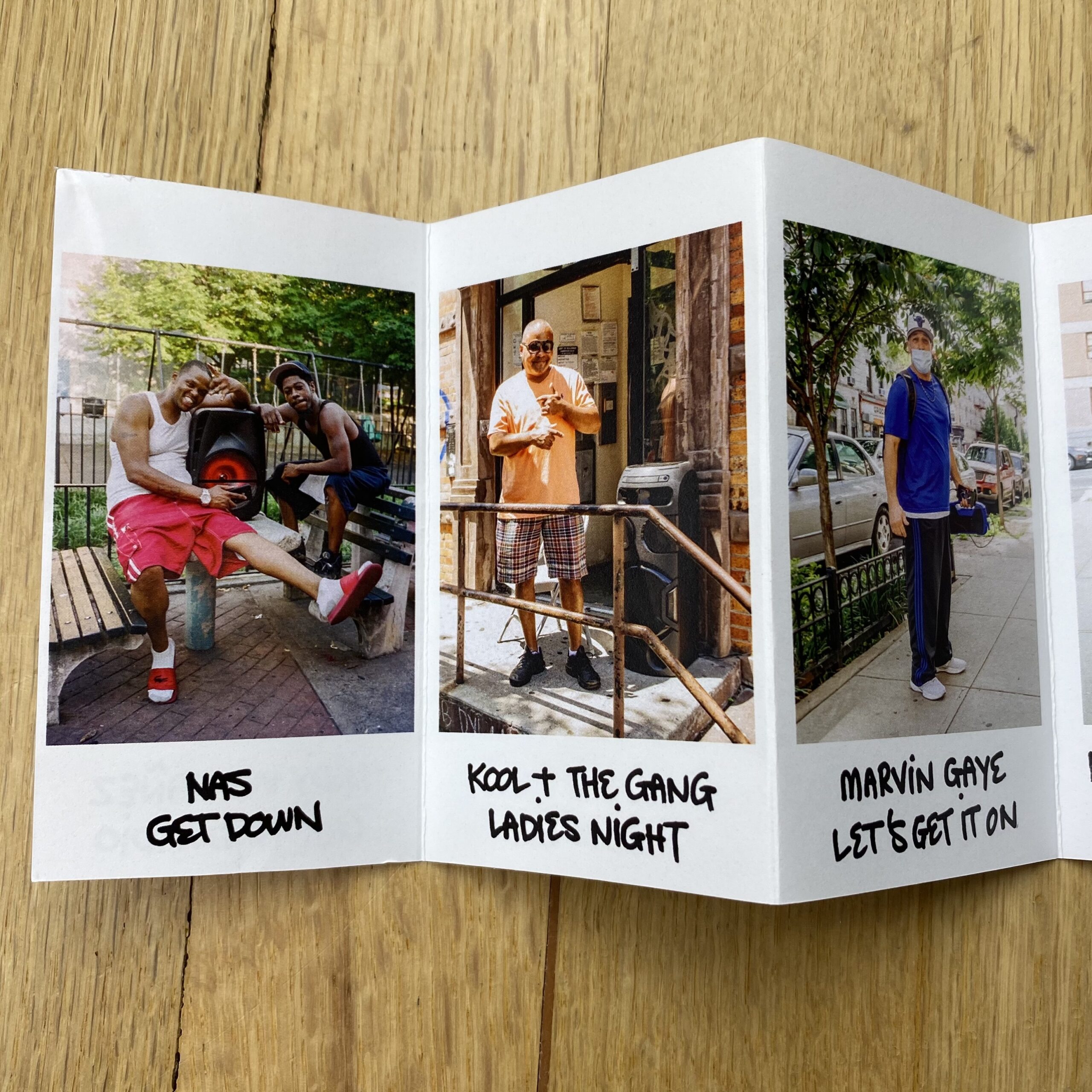 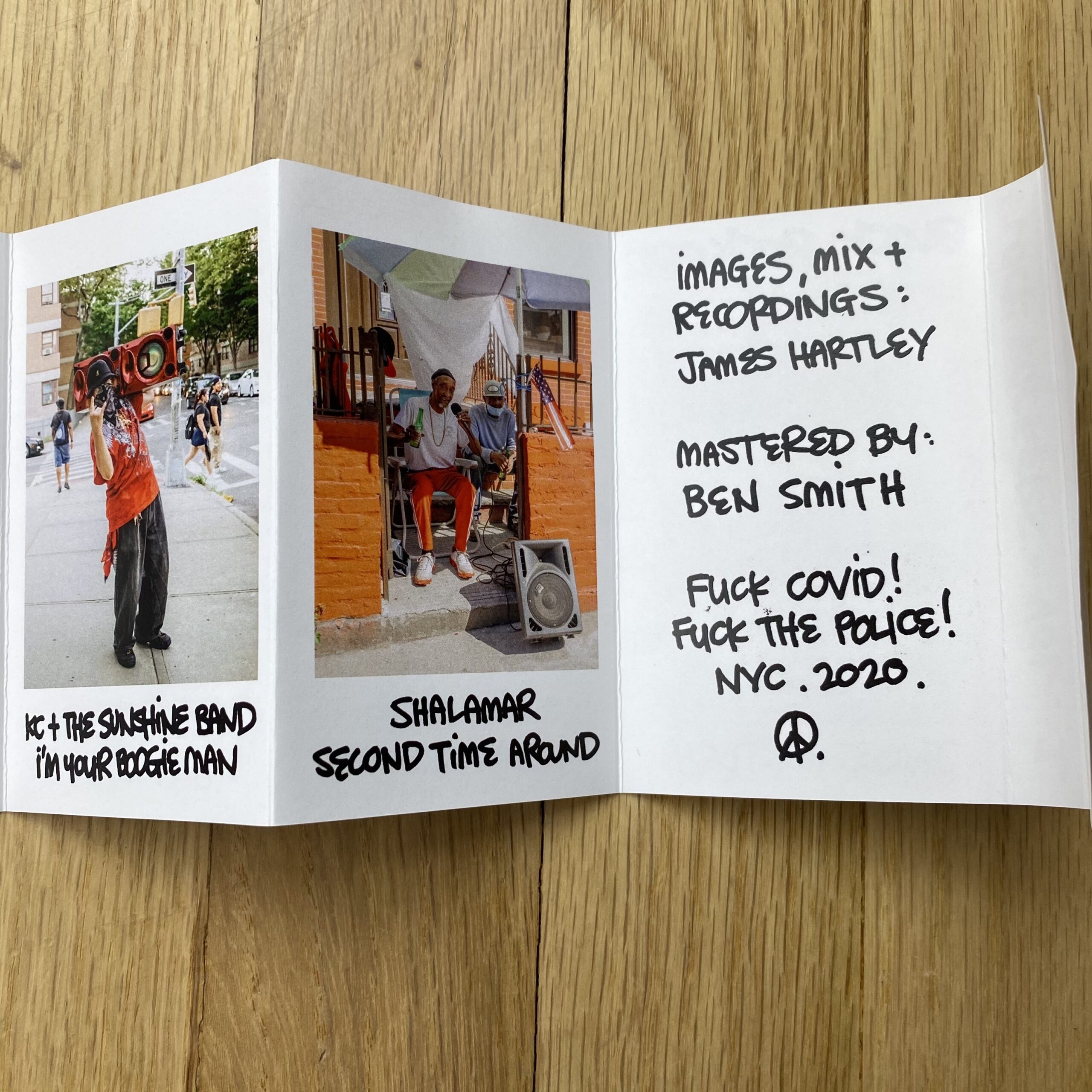 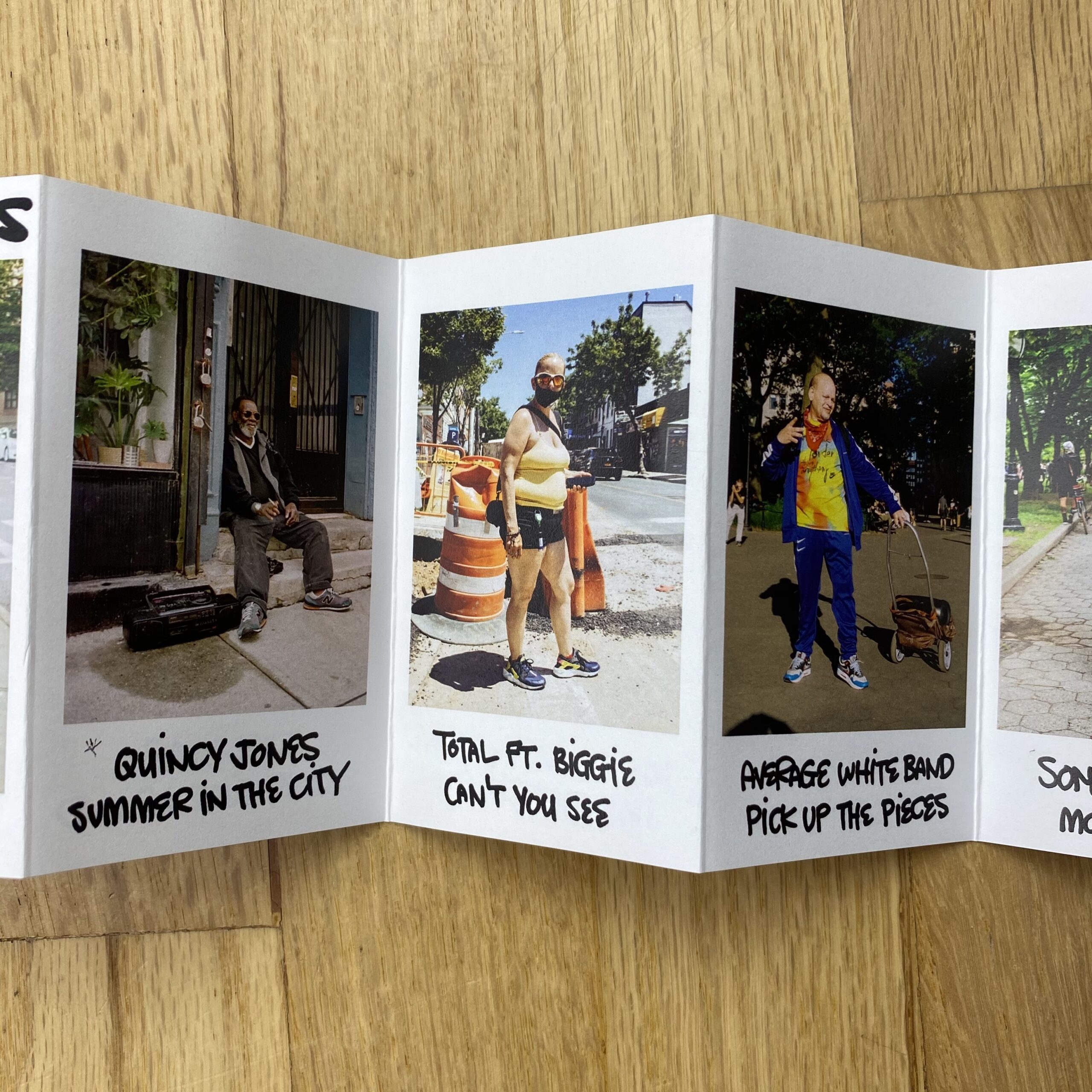 Who printed it?
Cryptic Carousel in Brooklyn, NY.
They do cassette duplication and manufacturing, and could make a custom cover that functioned as a photo booklet.

Who designed it?
I did. It’s a mixtape, had to keep it hand-written and personal.

Tell me about the images?
Block Rockers is an ongoing portrait series of New Yorkers i’ve seen out on the street, playing music through their boomboxes and outdoor speakers. When the portraits are made, the song they’re playing is noted, and later mixed with field recordings I’ve made around the city. The images, songs & recordings combine to create a visual mixtape of the city.

Tell me about combining images with sound?
The booklet functioning as a visual tracklist is what brought the project together for me. Seeing who’s playing what song brings personality to the photos and the music, like you’re walking the city and these are the characters you meet. It’s a quintessential New York thing!

How many did you make?
100. I sent about 10 out as press/promo, and the rest sold at the launch or online.

How many times a year do you send out promos?
I’ll send stuff out whenever I release or self publish something. I’ll aim for one a year, but it varies.

Do you think printed promos are effective for marketing your work?
I don’t think it’s essential, nor should anyone feel pressured to, but it can’t hurt. I think it’s good to see your work on different mediums, and I like having physical copies of personal projects I’ve done. Doesn’t hurt to share that…